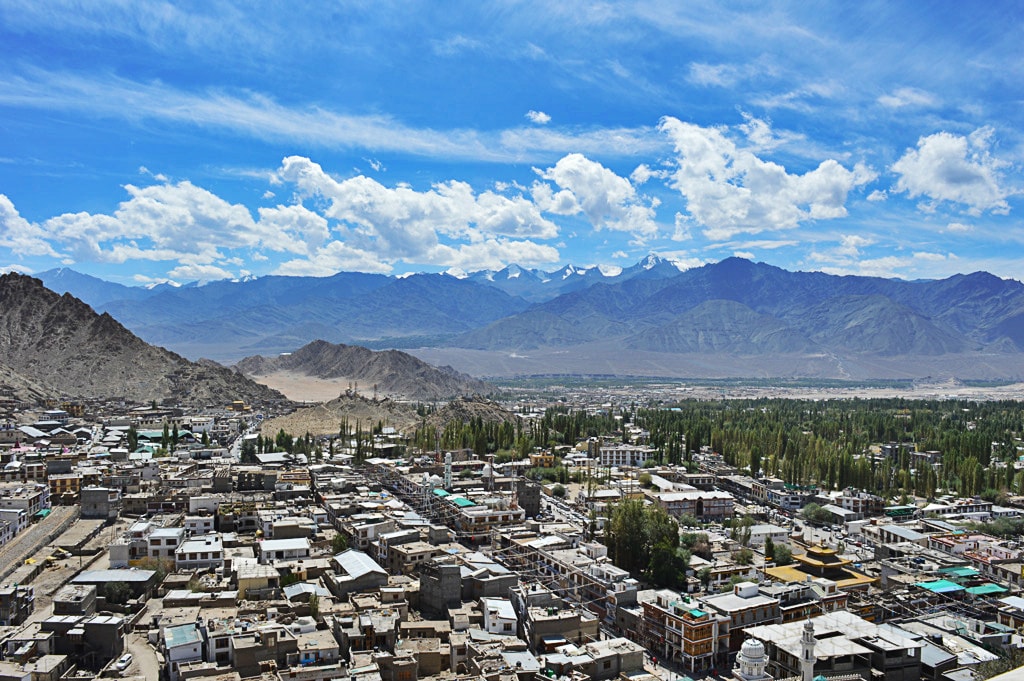 It's summer time. The time when your city nothing less than a furnace. The time when going out in the sun appears like going nearer to the sun. There is only one thing that you need in such a time. A breakaway from your city.

No matter where you are right now, there is nothing compared to the Himalayas during this time. If you are one of the crazy ones like me, with a zeal to run off from your burning city, I will more than glad to guide you.

Last year, at this time, I was just back from Ladakh. Yes, you heard it right - Ladakh - the heaven on Earth. I'm a resident of Delhi and it was pretty crazy how the plan to go to Ladakh came into being. I had encountered people from all across India - from Kerala, Karnataka, Orissa, North-East as well as Gujarat in Leh. The way to plan your Ladakh trip is simple. From whichever part of the you are in, just go to Manali.

Manali is in Himachal Pradesh and in case you haven't been there, you must have heard about it  as Kullu Manali; Kullu being a town that's around 60 kilometers away from Manali. Manali is like the base camp to reach Leh. It's an abode of natural beauty, intersected by river Beas, Manali is around 500 kms from Delhi and there are two routes to reach it - one via Shimla, the other via Bilaspur. The route via Shimla exposes you to colder atmosphere much before as compared to Bilaspur - and I would recommend it.

There are many bikers, SUVs and sumos going towards Manali(and then towards Leh) during this time of year and you can befriend a lot of travellers at regular cafes. The most interesting ones to befriend are the ones on Royal Enflied, with a big saddle bag carrying camping equipments. You'll find a lot of foreigners diligently biking all through the way till Leh. The good thing is even I completed my journey on a Bullet, and survived the most torturous roads, the cruel weather(with temperature as low as -5 degrees) and the oxygen-less headache. Now that I have come back alive, I can tell you that it was all worth it.

The way from Manali to Leh is really exciting, treacherous and yes, you guessed it right - difficult. It takes at least two days for first time drivers to take this route, but before I go on describing the route, here are a few things to check at Manali:

Vashisht temple: one thing worth checking out here is the hot geyser, where you can take a very relaxing bath. It more like a natural jacuzzi. I recommend you to bathe there twice - once before leaving for Leh and once after coming back from Leh, so that you get rejuvenated. There are a lot of really colorful cafes and restaurants on the way, which make it a complete in itself - you can have a sumptuous dinner after the hot water bath

Solang Valley: Though the beauty of Manali-Leh highway is incomparable, but Solang Valley is definitely worth a visit. It has its innate beauty. A must for adventure sports lover. You get it all here: paragliding, horse riding, trampoline and what not.

Old Manali: Most people remain content after they visit new Manali, but the place to look out is Old Manali. With small steep roads, a lot of cafes and eating joints and a myriad of foreigners flocking each place, the place becomes ideal to make new friends.

White water rafting: On the way, don't try to date river Beas by trying out white water rafting. The icy cold water coupled with adventure makes it an unforgettable experience for this summer.

Bike Renting: There are a lot of shops which rent Enfield to make your journey more adventurous. One of the most notable and reliable Bike renting shop is Anu Auto Works, near Vashisht Temple. The general charge is around 800-1000 for new bikes, along with the security.

If you are a family guy, own a car - preferably an SUV or something like Scorpio/Sumo/Jeep, then Ladakh is within your reach. From Manali, the route is pretty straight via Rohtang.

However, I would recommend you to go on a bike, as it's an adventure worth a lifetime.

Manali to Leh - places in between and their specialties:

Rohtang -> Really dangerous roads and a lot of traffic. The first pass on the way. A pass is the highest motorable point of a mountain. You can ski, ice-skate and play with the glowing white snow, which you'll encounter firstly.
Koksar -> A very small place - with just half a dozen of eating joints and sleeping tents
Keylong, Tandi, Jispa -> Lahaul Valley, breathtakingly beautiful. You'll find relatively good roads here. You can find an SBI ATM and a lot of guest houses at Keylong, a petrol pump in Tandi(the only one till Leh) and a lot of helpful locals at Jispa. We stayed at a local's place at Jispa, Tanzin - whom we befriended at Rohtang.
Baralacha pass -> The place is totally covered with snow, you won't encounter any rock this side. Make sure you have really nice gloves and socks, otherwise you are going to freeze.
Sarchu -> One of the coldest areas out there. The only place in between where you can get your punctured tyres fixed. We'd been through that. You'll encounter brown mountains, reminding you of Egypt somehow on the way. Make sure they reach your camera.
Pang -> One of the highest transit points of the world. You'll find a lot of tents, okayish food and yes, petrol at exhorbitantly high price of around 120 rupees per liter. The place has  so less oxygen and is so cold that you would be troubled sleeping. I couldn't sleep the entire night and in the morning carried a severe headache, so severe, that I had to go to Army Medical camp to take oxygen.
Ladakh Valley -> The heaven on Earth. With 10 miles long road with some rough patches, surrounded by far off mountains and desert, with pastures grazed by sheeps and yaks, you can't resist stopping your vehicle and snapping innumerable pics, to show off to your place. This is the most beautiful place on your way.
Tanglangla pass -> After passing through treacherous road following pang, you reach the second highest motorable pass of this world. Tanglangla pass. Don't forget to get a pic clicked here.
Rumtse, Upshi -> On way to Leh, you will encounter the most picturusque scene of your life. With red steep mountains, having different shades, you'll never get satiated clicking photographs. But be careful: the area is prone to landslides and you might encounter big rocks falling off on your way.
Leh - And then you reach your destination, after crossing through magnificent landscapes, adorned by a lot of Buddhist monasteries on the way embellished by colorful flags and a lot of Army cantt. Leh is stunningly beautiful, having a right mix of nature, culture and people.

The slogans on way to Leh are hilarious and really witty. Border Roads Organization deserves applause for doing excellent job with an element of fun.

The places to see in Leh are:
Khardungla Pass - The highest motorable pass of the world. Go on a bike for an experience worth a lifetime. The adrenaline rush     when you reach the top is incomparable.

Nubra Valley - Though I couldn't visit Nubra, all I could hear is that it's the most beautiful place out there.

Sangam - the mixing of two rivers of different to finally make what's known as Indus. A place of incomparable natural beauty.

Tibetan Market - the best place to shop. Take all the women in your family there, you're going to be loved like never else.

Pangong Lake - It's pretty far from Leh. But as you would have seen in 3 idiots(yes, it's the same lake), it's not to be missed.

Carry extra petrol/diesel: The long route of Manali to Leh has got just one petrol pump at Tandi, so it's really important to carry extra fuel.

Break your journey into two days - so that you have ample time to adore the natural beauty as well as to not strain yourself. Stay at some guest house at Jispa at night. Though staying at tents is going to be adventurous, but I wouldn't recommend since it gets really cold at night.

Carry chocolates, biscuits and water. Just in case you don't find any place to eat for miles, it can give you necessary energy.

Buy most of your stuff from Manali - as you go higher, things get costlier. So carry things like gloves, fuel, water bottle right from Manali.

Carry a raincoat for sure. The weather is really unpredictable.

Rent gumboots. There are a lot of streams/waterfall that run through the roads. You wouldn't want to drench your shoes in icy cold water.

For bikers: In case your hands feel frozen, make use of your heated engine.

Mobiles don't work on the way. After Jispa, only at Army Camp in Pang, you'll find a satellite phone, that charges 6 rupees per minute. But you can avail the service mostly during the first half of the day.

Don't do weed - remember, it's a low oxygen area, your breathing is precious.

Peep peep, don't sleep. The road is treacherous: be alert.