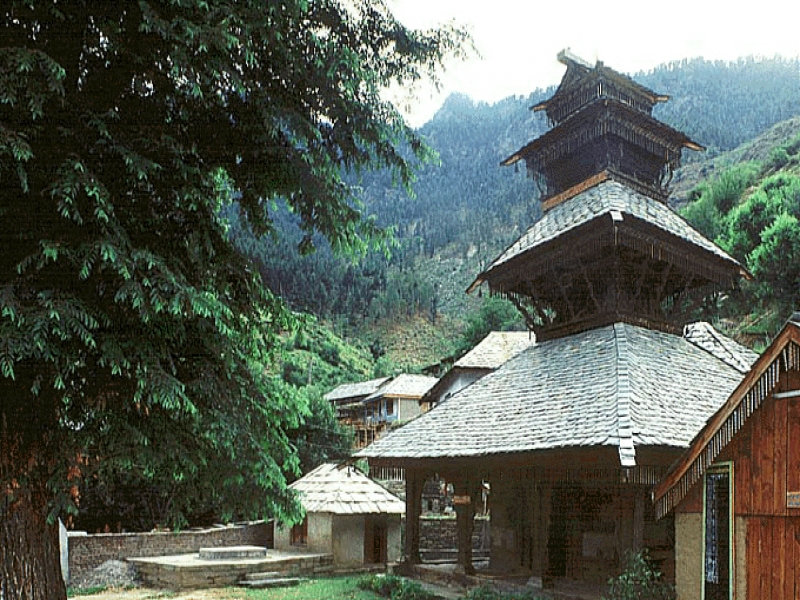 Adi Brahma Temple is one of those few temples in India which is devoted to the Hindu god of creation, Brahma. This temple is situated in the village of Khokhan, situated at a distance of around 4 km from Bhuntar. The temple is made of fine wood and enshrines an idol of Brahma, which is placed in the middle of the temple along with a chariot with mohras or monumental masks.

These mohras are made of brass, silver and ashtadhatu, an amalgamation of eight metals. An idol of the Hindu Lord Vishnu is also enshrined in the temple. Featuring four roofs, the temple displays the Pagoda style of architecture. The entrance gate of the temple has carvings that narrate stories related to mythology.

The site also has temples of Garh Jogni and Manikaran Jogni standing on either side of the temple. Earlier, a natural spring flowed in the vicinity of the temple, which has now run dry. Some of the festivals celebrated here include the Naagni Birshu, Khokhan Festival, Mohal Festival and Bhulang Birshu.

Place people like to go after Adi Brahma Temple