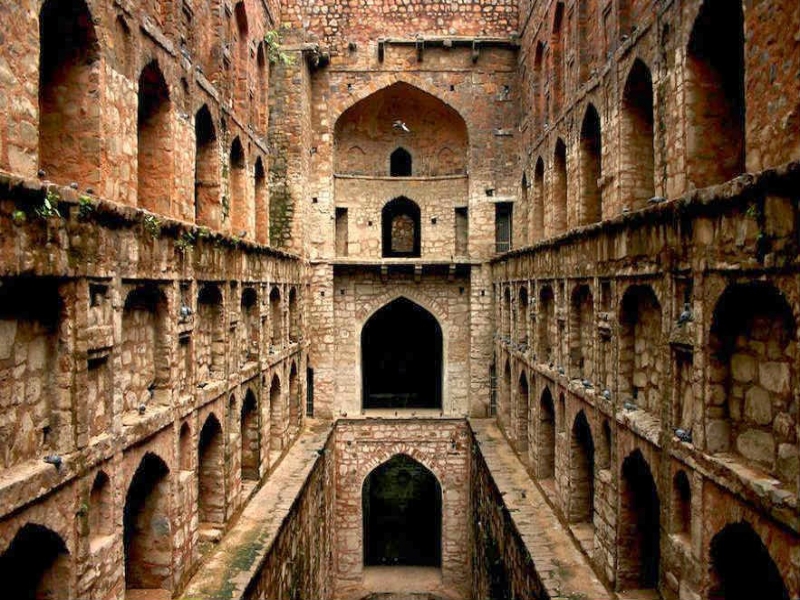 A few fine examples of single-flight step-wells still remain in Delhi and the easiest of these to visit is the well preserved Agrasen ki Baoli in Hailey Road, located off a street running between the Malta Embassy and Pavilion Suites in New Delhi.

Agrasen ki Baoli is designated a protected monument by the Archeological Survey of India (ASI) under the Ancient Monuments and Archeological Sites and Remains Act of 1958. It is a 60-meter long and 15-meter wide historical step well. Although there are no known historical records to prove who built Agrasen ki Baoli, it is believed that it was originally built by the legendary king Agrasen during the Mahabharat epic era and rebuilt in the 14th century by the Agrawal community which traces its origin to Maharaja Agrasen.

It is among a few of its kind in Delhi. Some parts of the well, with 103 steps, are permanently immersed in water. The visible parts of this historical step well consist of three levels. Each level is lined with arched niches on both sides.

Place people like to go after Agrasen Ki Baoli