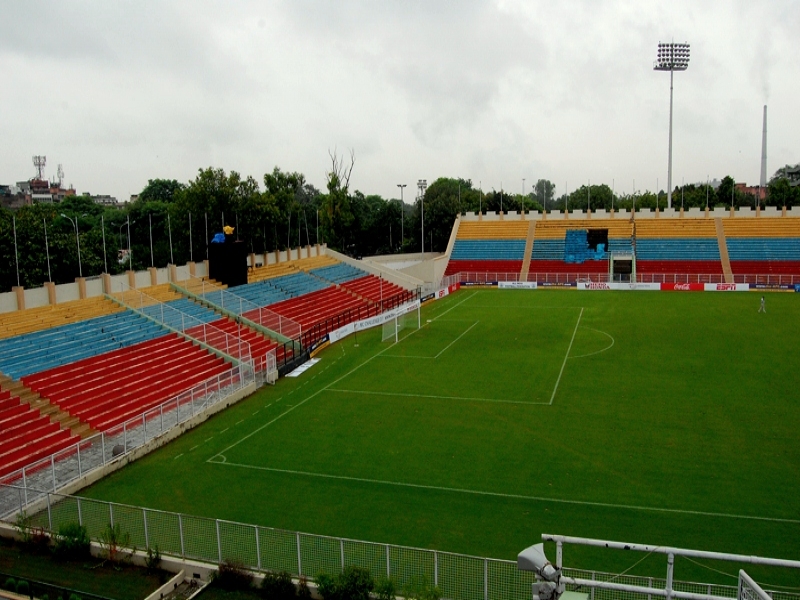 The Dr. Ambedkar Stadium is a football stadium in New Delhi, India. The stadium is named in honour of B. R. Ambedkar, the famous leader of depressed class as well as voice of minorities and social reformer and chairman of the Indian constituent assembly. It opened in 2007 and has a listed capacity of 35,000. It is currently used for football matches. The stadium has hosted international football finals such as the 2007 Nehru Cup Final and the 2009 Nehru Cup Final, in which it attracted a capacity crowd.