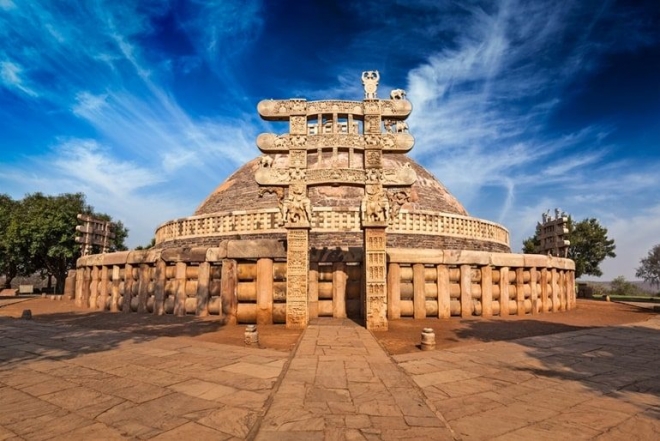 The Buddhist Monuments at Sanchi, located 45 kilometres (28 mi) from Bhopal in the Indian state of Madhya Pradesh are a group of Buddhist monuments dated between 200 BC and 100 BC. The site, however, has been conjectured to have been developed in the 3rd century BC, when Emperor Ashoka of the Mauryan Empire ruled. The principal monument is Stupa 1 dated to the 2nd century and 1st century BC. These Buddhist sanctuaries were active Buddhist religious monuments, which flourished until the 12th century. The sanctuary has a plethora of monolithic pillars, palaces, temples and monasteries in different status of preservation. It was inscribed as a World Heritage Site by UNESCO on January 24, 1989, for its unique cultural importance. It was discovered only in 1818 in a deserted state of preservation. Archaeological excavations were undertaken thereafter revealed 50 unique monuments.

Been to Buddhist Monuments at Sanchi ? Share your experiences!