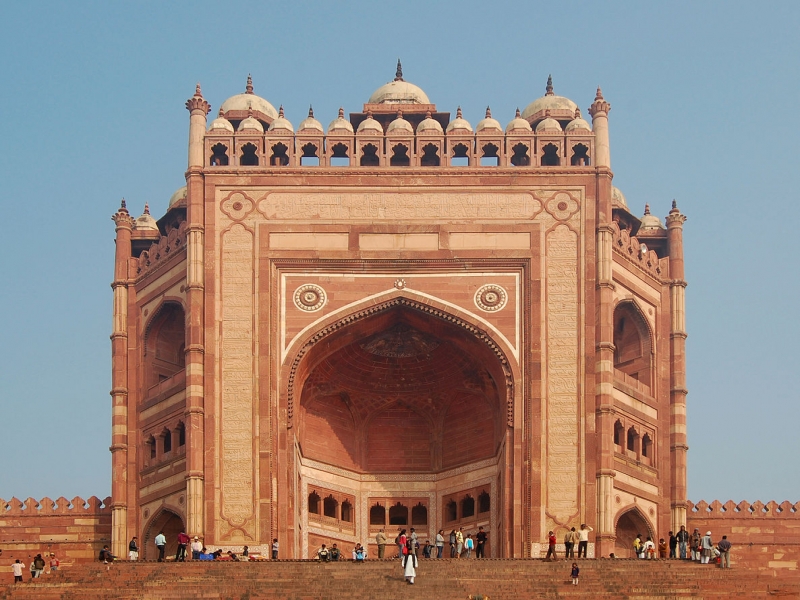 The towers of the Buland Darwaza are above the courtyard of the mosque.

Buland Darwaza or the "Gate of victory", was built in 1572 A.D. by Mughal emperor Akbar to commemorate his victory over Gujarat. It is the main entrance to the palace at Fatehpur Sikri, a which is 43 km from Agra, India.

Buland Darwaza is the highest gateway in the world and is an example of Mughal architecture. It displays Akbar's empire.