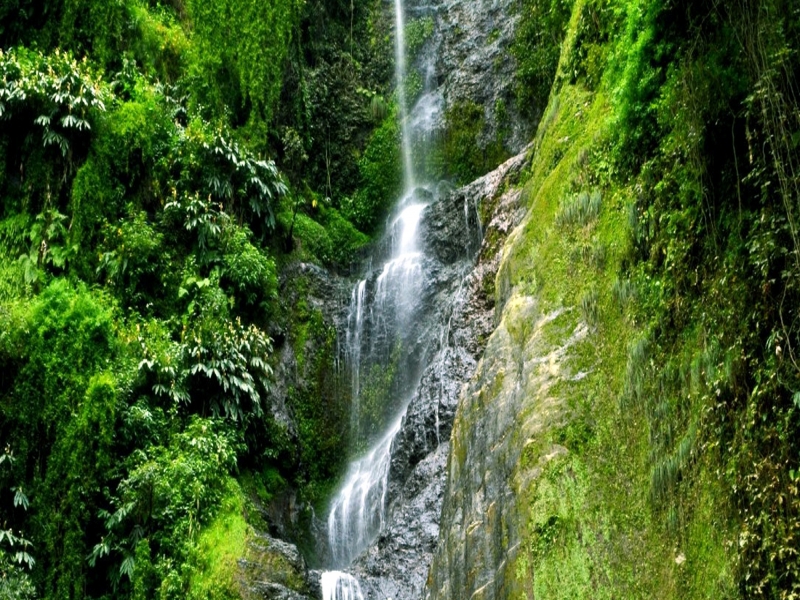 Chadwick Falls is located in the Glen Forests of the beautiful city of Shimla. Situated not far from the bustling city area, the mesmerising waterfall is frequently visited by picnickers. This stream of water trickles from a height of about 100 metres. Though it is not a massive waterfall but is admired for the tranquillity and the hypnotic vibe it creates amidst the dense forest region. Some explorers recall a walk through the forest as an adventurous experience because of the damp and dark environment created by the thick canopying forest. Chadwick Falls and the surrounding region is a beautiful retreat for those wanting to escape their chaotic lifestyle.

The name Chadwick is derived from 'Chidku Jhaar' where 'Chidku' means sparrow and 'Jhaar' means waterfall in the local language. It was named so because the locals thought only sparrows could reach the top of the waterfall and not humans. The Britishers found it difficult to pronounce this name and hence started calling the waterfall Chadwick. Some say a scientist named Chadwick committed suicide here, and therefore, it is called so. No matter what the origin of the name is, this beautiful location is a stone's throw away from the city and must be visited by everyone exploring Shimla.

The best time to visit Chadwick Falls is during the monsoon time, i.e. from June to September as the region receives a good amount of rainfall and the level of water rises considerably.

1. Tourists need to ensure they head back before sundown as the waterfall is a primary source of drinking water for the wildlife. Leopards are frequently spotted in the forest after dark.
2. It is advisable that tourists explore the waterfall in groups.
3. There are no eateries around. Picnickers may want to carry snacks and beverages along.

Chadwick Falls is located about 7 kilometres from Shimla. Tourists can rent taxis to reach the falls inside the Glen Forest. Those exploring by self-driven vehicles can take the route to the fall via Cart Road and Chaura Maidan Road. Inside the forest, the path goes through a narrow lane and the sound of the trickling waterfall leads explorers to the exact location.