Group of Monuments at Pattadakal 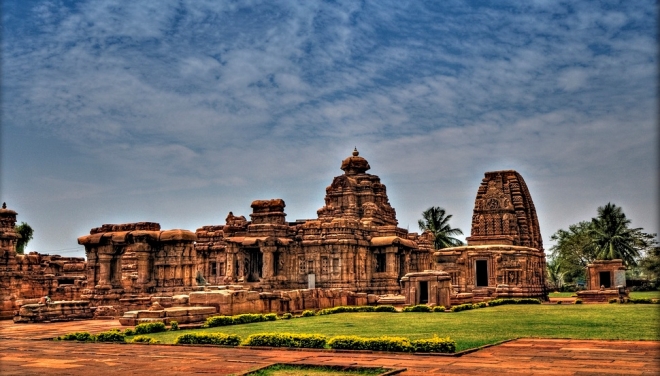 The Group of monuments in Pattadakal designated under UNESCO World Heritage List in 1987, cover a remarkable series of nine Hindu temples, as well as a Jain sanctuary in northern Karnataka. In this group of temples, the Virupaksha Temple built c. 740 by Queen Lokamahadevi to commemorate her husband's (King Vikramaditya II) victory over the Pallava kings from the south, is considered the most outstanding architectural edifice (This is different from the Virupaksha Temple at Hampi.) These are a remarkable combination of temples built by the Chalukya Dynasty in the 6th to the 8th century at Aihole, Badami and Pattadakal, the latter city was known as the "Crown Rubies". The temples represent a remarkable fusion of the architectural features of northern (Nagara) and southern (Dravida) India. Pattadakal is considered a Hindu holy city and within the heritage complex are eight temples dedicated to Shiva, a ninth Shaivite sanctuary called the Papanatha Temple, and a Jain Narayana temple.

Been to Group of Monuments at Pattadakal ? Share your experiences!