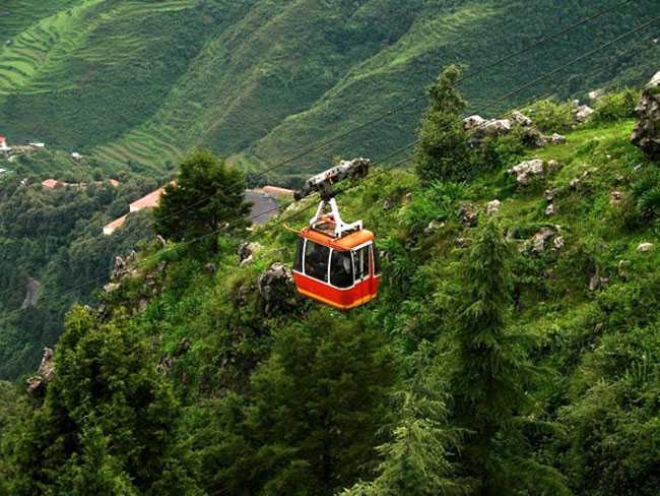 A historical and second highest peak of Mussoorie, Gun Hill is a favourite place for viewing picturesque Himalayan range and Doon Valley. A popular viewpoint of Mussoorie, Gun Point is located at 400 ft above The Mall and accessible by a cable car as well.

At the second top peak of the Mussoorie, Gun Hill is a popular place among photographers and Himalayan viewers as it provides a 360-degree view of Himalayan ranges namely Bunderpunch, Srikantha, Pithwara and Gangotri group etc. One can also witness Mussoorie's top view from Gun Point with other picturesque views of the Mussoorie and Doon valley. Located at 400 ft above the Mall, Gun Point is at 20 min walking distance through the Mall. Visitors also like to enjoy the Ropeway ride to Gun Point which also provides a scenic view of the city and valley. Gun Point now has a water reservoir of the Mussoorie city, but during pre-independence days, there was a gun mounted on this top. That Gun used to be fired at mid-day to enable people to adjust their watches.