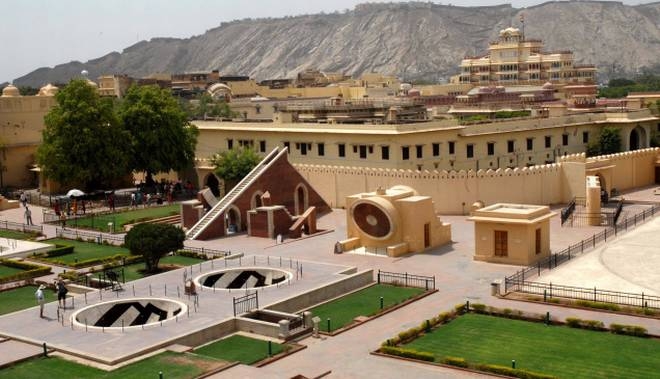 The Jantar Mantar in Jaipur is a collection of architectural astronomical instruments, built by Maharaja (King) Jai Singh II at his then new capital of Jaipur between 1727 and 1734. It is modelled after the one that he had built at the Mughal capital of Delhi. He had constructed a total of five such facilities at different locations, including the ones at Delhi and Jaipur. The Jaipur observatory is the largest and best preserved of these and has a set of some 20 main fixed instruments built in masonry. It has been inscribed as cultural property on the UNESCO World Heritage List as "an expression of the astronomical skills and cosmological concepts of the court of a scholarly prince at the end of the Mughal period."

Place people like to go after The Jantar Mantar