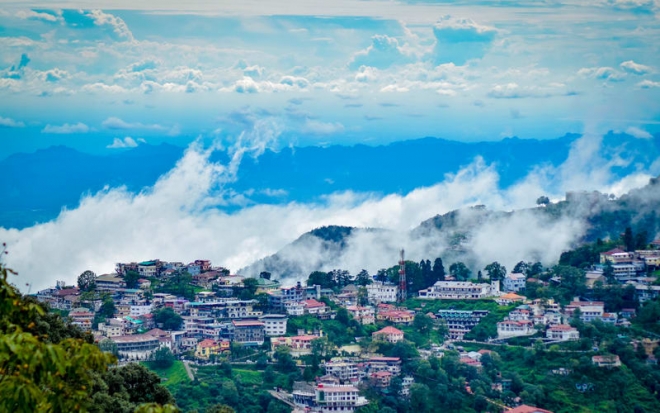 Landour, a small cantonment town contiguous with Mussoorie, is about 35 km (22 mi) from the city of Dehradun in the northern state of Uttarakhand in India. The twin towns of Mussoorie and Landour, together, are a well-known British Raj-era hill station in northern India. Mussoorie-Landour was widely known as the "Queen of the Hills". The name Landour is drawn from Llanddowror, a village in Carmarthenshire in southwest Wales. During the Raj, it was common to give nostalgic English, Scottish, Welsh or Irish names to one's home (or even to British-founded towns), reflecting one's ethnicity. Names drawn from literary works were also common, as from those by Robert Burns, Walter Scott, Thomas Hardy, Robert Louis Stevenson and many others.