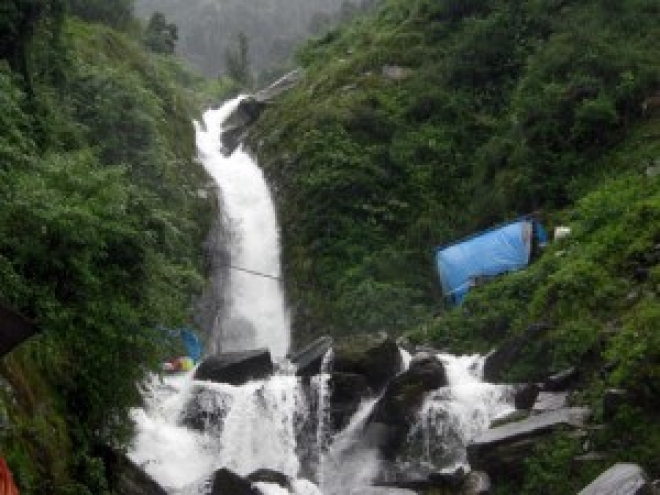 The places around Dharamshala were ruled by the Katoch kings, who are considered the oldest dynasty in the world. The place was annexed by the British in 1848 and a cantonment was established in Dharamshala. The place was actually the summer picnic spot of the British. The Chinese invaded Tibet in 1959 to quell the uprising by Dalai Lama who was against the Chinese invading their country.

Places to visit nearby

Machhrial waterfalls are 20 km from Dharamshala and 30 km. from McLeodganj. The nearest village is Rait which is 4 km. from the falls. The nearest airport is Gaggal airport which is about 15 km. from  Dharamshala. The nearest railway station is in Kangra. The line links with the major railway station at Pathankot, 94 km. from Dharamshala. There are buses and taxies available at Pathankot. There is yet another narrow gauge line with a station at Chamunda Marg, which is half an hour away. Roads are well connected and there are buses that connect Delhi, Chandigarh and Shimla.

The climate around the place is a humid subtropical climate. Summers are from April to June with the temperature peaking at 36-degree Celsius. The monsoons arrive in July and continue till mid-September. Autumn is pleasant from October till the end of November. The temperature at that time will be between 16-degree Celsius and 20-degree Celsius. Winter is between December till late February. This time there will be snow and sleet. Immediately after that is spring time till April. The best season to visit the falls is either during autumn or in spring when the Dauladhar mountains will be covered with snow and it will be pleasant otherwise.