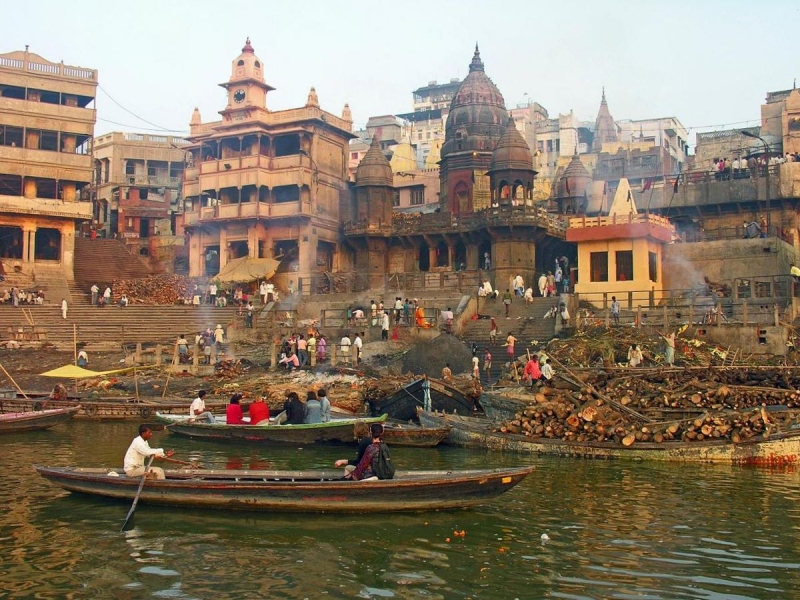 Manikarnika Ghat is one of the holiest among the sacred riverfronts (ghats), alongside the river Ganga, in the city of Varanasi in the Indian state of Uttar Pradesh. It is believed that a dead human's soul finds salvation, when cremated here. Thus, scores of the elderly across the whole country seek to walk up to its edges, and spend their last days absorbing the charisma of the ghat - which makes even death painless and insignificant to be pondered upon.

It is one of the oldest ghats in Varanasi. It is near to the Kashi Vishwanath Temple. The well at the ghat is called Manikarnika Kund and was built by Lord Vishnu.