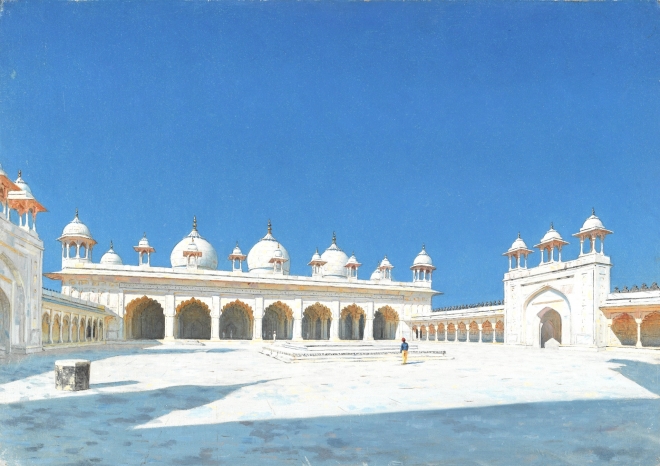 The Moti Masjid in Agra was built by Shah Jahan. During the rule of Shah Jahan the Mughal emperor, numerous architectural wonders were built, the most famous of them being the Taj Mahal. Moti Masjid earned the epithet Pearl Mosque for it shone like a pearl. It is held that this mosque was constructed by Shah Jahan for his members of royal court.