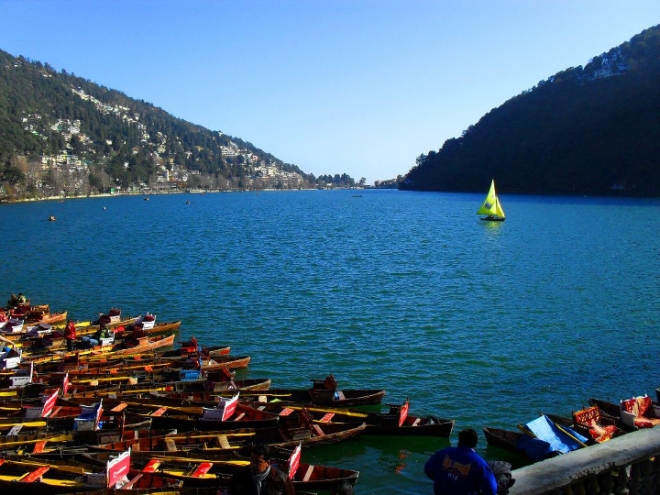 Nainital Lake, a natural freshwater body, situated amidst the township of Nainital in Uttarakhand State of India, tectonic in origin, is kidney shaped or crescent-shaped and has an outfall at the southeastern end. Nainital is most popular hill station of Kumaon district. It is famous for its Naini Lake located at the centre of the town and several other lakes of nearby areas. Nainital Lake, in the Nainital district called the Lake District of India, is one of the four Lakes of Kumaon hills; the other three lakes are the Sattal Lake, the Bhimtal Lake and the Naukuchiyatal Lake.

Historical records confirm that in 1839, Mr. P. Barron, who is supposed to be the first one who visited Nainital, from Rosa, an English businessman in sugar trade, on a hunting expedition accidentally coming across the lake at Nainital was so captivated that he decided to build a European Colony on shores of the lake. The news magazine, the Englishman Calcutta, reported in 1841 discovery of this lake near Almora. It is believed that two Indian sages visited there, wandering, it is a belief of people that they blessed the lake with divine power, one can acquire divinement by taking bathe in it, and the same as in the Mansarovar lake.