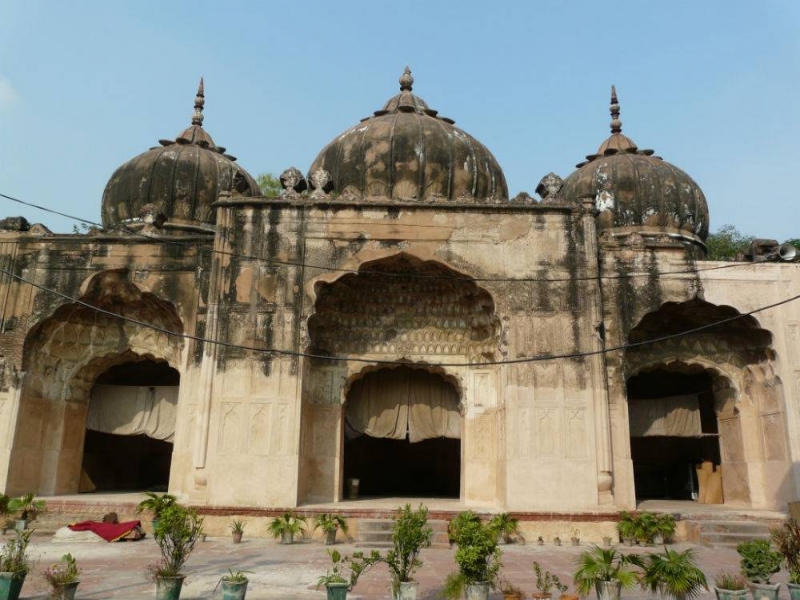 A heritage Garden, Qudsia Bagh, speaks of grandeur and skill that opens up the gate way to the glorious Mughal Era. It was built in 1978 and named after the famous Qudsia Begum wife of the then Mughal Emperor Muhammad Shah. It is situated close to Kashmiri Gate, this garden speaks of feebly standing remains of the past.

As the story goes, Qudsia Begum built this fortress exclusively for herself. She was a dancing girl by the name of Udham Bai but received the title of Qudsia Begum after her marriage to the Mughal emperor. This fortress was built in a typical Persian style complete with 4 gardens that adorns the fortress with high walls; it still has a functional mosque.

The Mosque was a private mosque of the Emperor and the Queen designed in a simple three dome structure with arched doorways. A lot was destroyed during the 1857 revolt against the British, but this garden is now open to anyone who wishes for a leisure walk or just enjoys watching beautiful birds while spending a moment in history.