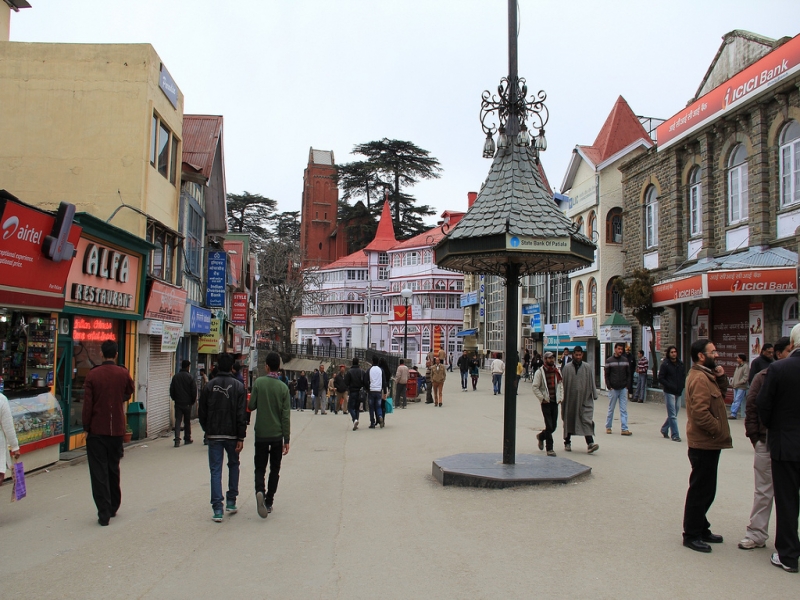 One of the most popular tourist attractions of Shimla, Scandal Point is the intersection between The Mall and The Ridge. This is the point where the end of the Mall Road joins the Ridge.  The very name given to this placed adds a tint of mystery to it. It has been named so after romantic folklore. The story says that during the British Era in 1892, Bhupinder Singh, the Maharaja of Patalia fell in love with the daughter of the viceroy. It is believed that the king and viceroy’s daughter eloped from this point, way back in 1892. Therefore, he was banned from entering Shimla. Later on, he founded the new summer capital of Chail for himself, which is around 45 km from Shimla. The intersection between the Mall and the Ridge from where the eloped was named Scandal Point.

There is a statue of Indian freedom fighter Lala Lajpat Rai’s statue placed at the intersection today. Scandal Point is surrounded by numerous shops and restaurants. One can also enjoy horse-riding around the area, or can simply relax amid the soaring Himalayas while admiring the mesmerizing views. This area is often flocked with tourists, as Shimla is a year-round magnet. This popular tourist spot of Shimla is now a landmark too. Visit this place during any time of the year.