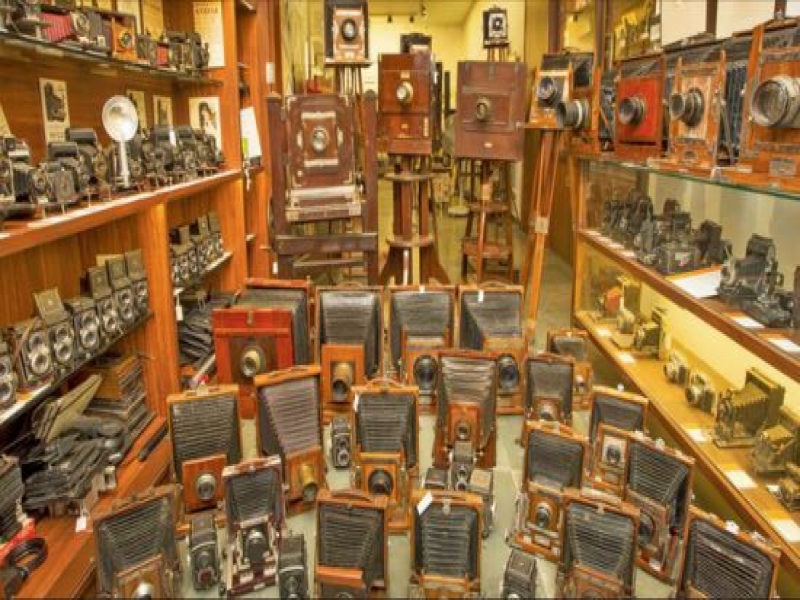 The Vintage Analogue Camera Museum is in the city of Gurgaon, neighbouring Delhi. The museum is in the basement of photographer Aditya Arya’s office-cum-residence in DLF Phase III, who shows the visitors around himself. It has a collection of analogue cameras starting from the early 1880s to 1990s. The exhibits include specimens such as a wooden Thornton-Pickard from way back in 1860s.

Some of the spectacular photographs by the legendary photographer Kulwant Roy adorn the temperature-controlled walls. The display includes some of the most exclusive photographs of India’s Freedom Struggle, including those of Mahatma Gandhi and Pandit Nehru, and the signing of the Indian Constitution.

The Vintage Analogue Camera Museum is a part of the India Photo Archive Foundation, which endeavours to digitise, document and preserve photographic legacies. The museum is open from 10 am to 5 pm. It remains closed on Sundays. Entry is only by appointment.

Been to Vintage Analogue Camera Museum ? Share your experiences!

Place people like to go after Vintage Analogue Camera Museum