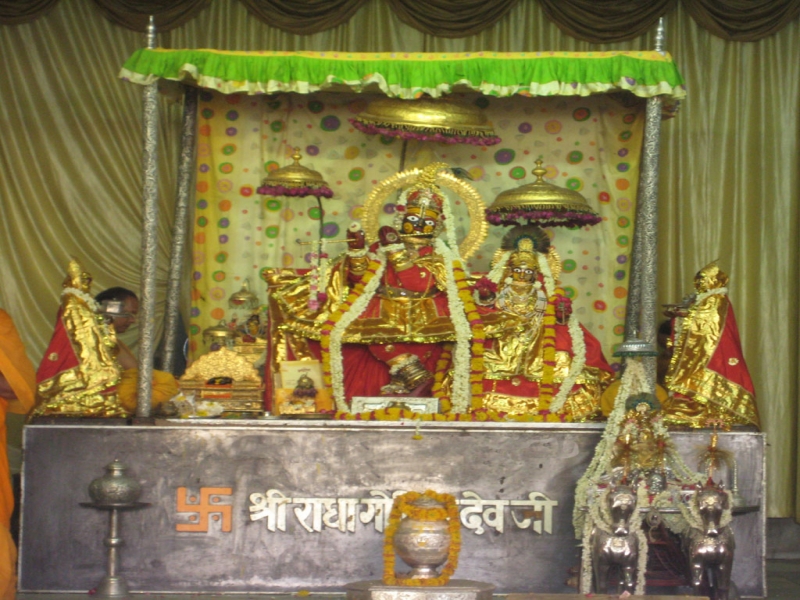 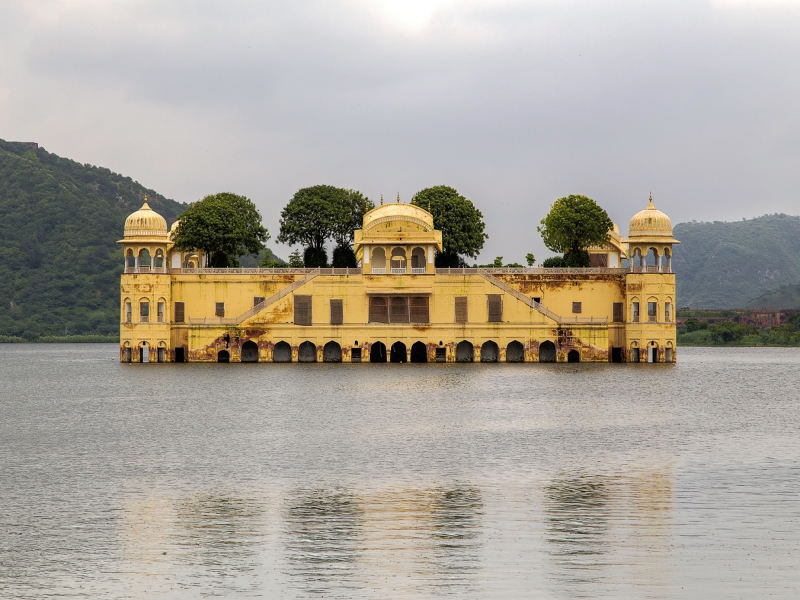 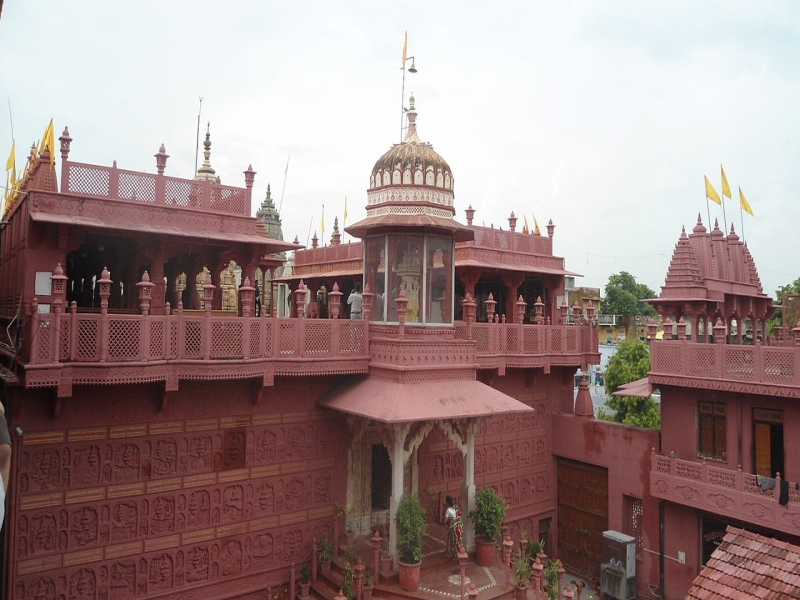 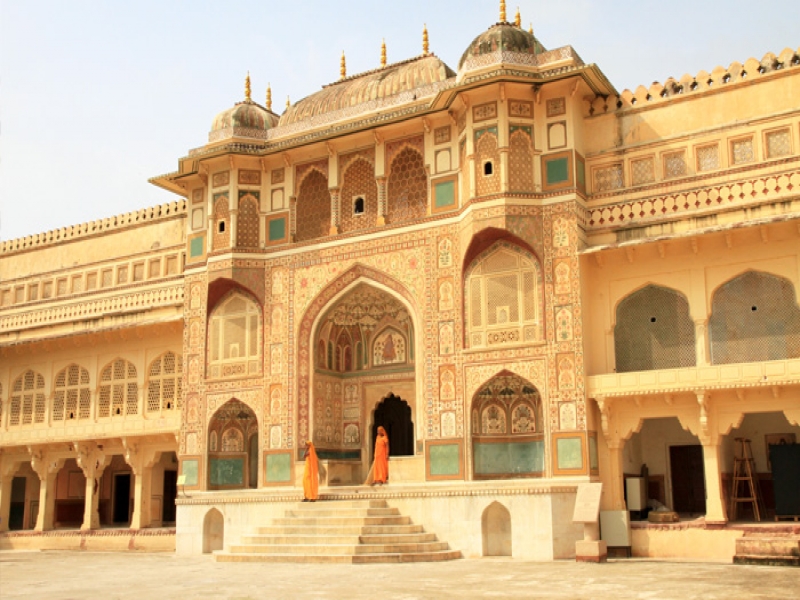 Jaipur is the capital and largest city of the Indian state of Rajasthan. It was founded on 18 November 1727 by Maharaja Sawai Jai Singh II, the ruler of Amber, after whom the city has been named. The city today has a population of 3.1 million. Jaipur is known as the Pink City of India.

The city is remarkable among pre-modern Indian cities for the width and regularity of its streets which are laid out into six sectors separated by broad streets 34 m (111 ft) wide. The urban quarters are further divided by networks of gridded streets. Five quarters wrap around the east, south, and west sides of a central palace quarter, with a sixth quarter immediately to the east. The Palace quarter encloses the sprawling Hawa Mahal palace complex, formal gardens, and a small lake. Nahargarh Fort, which was the residence of the King Sawai Jai Singh II, crowns the hill in the northwest corner of the old city. The observatory, Jantar Mantar, is one of the World Heritage Sites.Included on the Golden Triangle tourist circuit, along with Delhi and Agra, Jaipur is an extremely popular tourist destination in Rajasthan and India.

Modern Jaipur was founded in 1727 by Maharaja Sawai Jai Singh II of Amber who ruled from 1699–1744. Initially, his capital was Amber, which lies 11 km from Jaipur. He felt the need of shifting his capital city with the increase in population and growing scarcity of water. The King consulted several books on architecture and architects before making the layout of Jaipur. Finally, under the architectural guidance of Vidyadhar Bhattacharya, (initially an accounts-clerk in the Amber treasury, later promoted to the office of Chief Architect by the King) Jaipur came into existence on the classical principles of Vastu Shastra and similar classical treatises.

After waging battles with the Marathas, Maharaja Sawai Jai Singh II wanted to improve the security aspects of the city. Being a lover of astronomy, mathematics and astrophysics, Jai Singh sought advice from Vidyadhar Bhattacharya, a Brahmin scholar of Bengal, to aid him in designing many buildings, including the Royal Palace in the centre of the city.

The construction of the city started in 1727. It took around four years to complete the major palaces, roads and square. The city was built following the principles of Shilpa Shastra, the science of Indian Architecture. The city was divided into nine blocks, two of which contain the state buildings and palaces, with the remaining seven allotted to the public. Huge fortification walls were built, along with seven strong gates. For the time, architecture is very 1876, during the regime of Sawai Ram Singh, the whole city was painted pink to welcome Edward, Prince of Wales. Today, avenues remain painted in pink, giving Jaipur a distinctive appearance.[3] In the 19th century, the city grew rapidly; by 1900 it had a population of 160,000. The city's wide boulevards were paved and the city had several hospitals. Its chief industries were metals and marble, fostered by a school of art (named Madarsa Hunree) founded in 1868. The city had three colleges, including a Sanskrit college (1865) and a girls' school (1867) initiated under the reign of the enigmatic Maharaja Sawai Ram Singh II. There was a wealthy and enterprising community of native bankers, the Marwaris; and the administrators Rawana rajput.

Maharaja Rishabh Bhawani Singh, a member of the erstwhile Maharaja family of Jaipur, died on 17 April 2011 at a private hospital in Gurgaon following multiple organ failure. 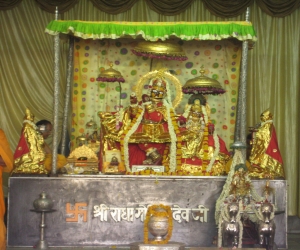 The Vaishnava temple Govind Dev Ji is situated in Jaipur in Rajasthan state of India. It is located in the City Palace complex. ... Jal Mahal (meaning "Water Palace") is a palace in the middle of the Man Sagar Lake in Jaipur city, the capital of the state of ... 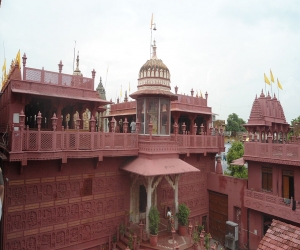 In and Around Jaipur