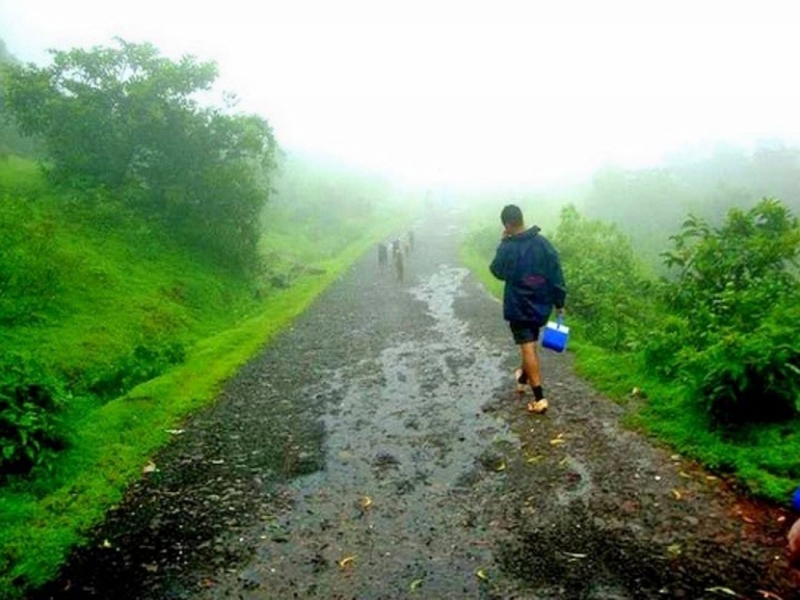 Lonavala or Lonavla (Marathi: ??????? ) is a town and a hill station Municipal Council in Pune district in the Indian State of Maharashtra. It is about 64 kilometres (40 mi) west of modern-day Pune city and 96 kilometres (60 mi) from the city of Mumbai. It is known for its production of the hard candy chikki and is also a major stop on the railway line connecting Mumbai and Pune. From the Pune suburbs, local trains are available from Pune Junction. Both the Mumbai-Pune Expressway as well as the Mumbai-Chennai highway pass through Lonavala.

Lonavala is also home to INS Shivaji (formerly HMIS Shivaji) which is the Indian Navy's Premier Technical Training Institute. The house of Trivandrum based Asianet TV channel's hit Realty show Bigg Boss Malayalam 1 is set up within an unknown estate in Lonavla.

Present day Lonavla was a part of the Yadava dynasty. Later, the Mughals realized the strategic importance of the region and kept the region for an extended time. The forts in the region and the "Mavla" warriors played an important role in the history of the Maratha and Peshwa empires. In 1871, the Lonavla and Khandala hill stations were discovered by Lord Elphinstone, who was the Governor of Bombay Presidency at the time.

In and Around Lonavala

Lonavla and the adjacent Khandala are twin hill stations 622 metres (2,041 ft) above sea level, in the Sahyadri ranges that demarcate the Deccan Plateau and the Konkan coast. The hill stations sprawl over an approximate area of 38 square kilometres (15 sq mi). Tourism peaks during the monsoon season. The name Lonavla is derived from the Sanskrit lonavli, which refers to the many caves like Karla Caves, Bhaja Caves and Bedsa that are close to Lonavla. A trip to Lonavla and Khandala can be combined with sight-seeing visits of Karla, Bhaja and Bedsa caves and also the two fortresses, Lohagad and Visapur. Another place of interest is the Tungi fort, one of the forts captured by Malik Ahmad near the village of Karjat and was known for its natural strength. The Andharban trek begins from village Pimpri, passes through dense forests, valleys and waterfalls and ends in Bhira.