Chakrata is seen as a small and beautiful hill town. This place is special for those who spend some time away from everyday life and the noise of the metropolis. By the way, if you are looking for such a place for some exciting sports as well as natural beauty, then Chakrata is a perfect place for you. Whether to go camping or trekking, everything here will get convenience. The idea of rappelling, rock climbing, is also the perfect place for them. An enjoyable full package is available here. Historical, archaeological, social and cultural splendour is scattered in this place. As soon as you come here, you will say that this is our dream world!

The area of Jaunasar-Bawar, situated between Yamuna, Tons and Power River, is spread over 463 square miles. Due to the crossing of the Jamuna (Yamuna) river, this area is called Jamna Par terrain, which was later popularized by the name Jaunasar. If you come Jounsar-Bawar then you will be amazed at the traditional houses here, which are very different from the common houses. These houses made of stone and wood are made in pagoda style. The sloping roof of these houses is made of mountain grey stones. One of four rooms is built on each floor of these houses have two, three or four floors. These houses are not cold in winter. Another special thing Most cedar wood is used in the construction of these houses. It is made by looking at the fine carving on it. 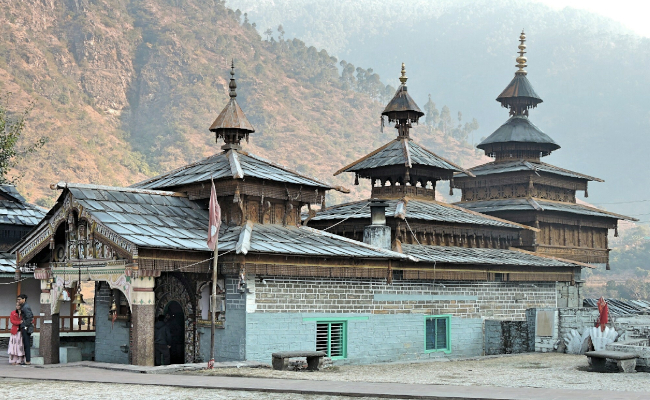 The beautiful hills of Jaunasar-Bawar are particularly favourable for the amusement of trekking. When the season is favourable, there is a crowd of tourists here. In the context of adventurous tourism, hills of Chakrata are considered suitable for trekking enthusiasts. Here can trek near Chakrata, Mundali, Bhullar, Moila Top, Khandala, Kimola Falls and surrounding peaks.  In the summer, there are tourists from different cities and metropolitan cities for trekking.

Located near Chakrata, situated at an altitude of about 10,000 feet, there are some tourist places to visit the hills of Mundal and Khadamba. The temples of the local's god, which were built here, are also centres of attraction. Chakrata, situated at an altitude of about 7,000 feet above sea level, was built by the British as a cantonment area. Colonel H. Robert Hume of the 55th Sirmaur Regiment established Chakrata Cantonment in the year 1869. Earlier in the year 1815, the British East India Company had taken Junsar-Bawar under his control. During this time, the route from Mussoorie to Shimla via Shilpatta was built on foot. In 1927, there were two branches of gymnasium cinema in Chakrata Kalana Cantonment where only cinemas were shown in summer. There are still remains of this, which make this area home of beautiful memories. There are also old-time Roman Catholic and Scottish churches who come here to tell the story of the past.

Nehru came to Chakrata in 1957

Pandit Jawaharlal Nehru, the country's first Prime Minister, visited Chakrata area in the year 1957. Gulab Singh, who was the Minister of State for Mountain Development in Uttar Pradesh Government, was eight times MLA from Chakrata seat and three times in the Uttar Pradesh Government. The then Congress government had declared it a people's region in the year 1967 in view of the different language, wear, customs, cultural culture and tradition of the Jaunasar-Bawar region.

Beautiful scenes of Himalaya from Devban

The beautiful view of the Himalayas is filled with a high peak of Devban near Chakrata. The officers of the Forest Department are trained in Devvan. Training camp of officers of the forest department in Devvan and Kanasar. Here the IFS officers come to the training. The Chintamah Mahadev temple attracts near Chakrata. In 1933, Shyam Sunder Goyal, who came to do business in Cantonment Market Chakrata, discovered the Chintamah Mahadev Temple and rebuilt it. A large number of people reach the views of Lord Bholenath.

You can see a beautiful sunset in the evening from Chirmiri; It's just a 4 km from Chakrata. Tourists visiting Chakrata find the pleasure of seeing nature close by visiting Chirmiri at sunset. 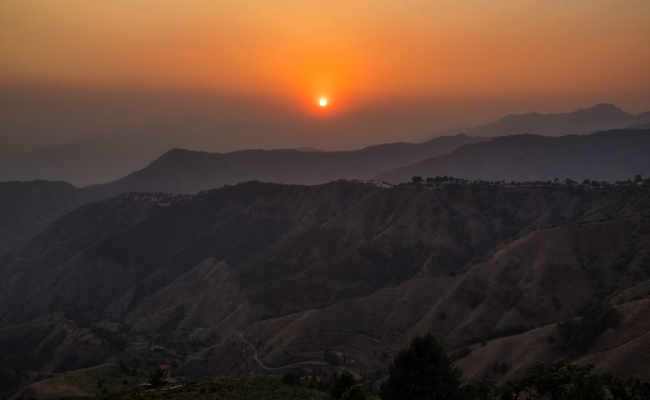 Tiger Falls (1395 meters) is located on the Lakhhandal road from 17 km from Cantonment Market Chakrata. Its biggest feature is the sound of its roar roar. If you pass through here its voice will bring you towards it. Although the lion's roar, the sight of this waterfall is excellent. Come here once and stay late and return with lots of energy. 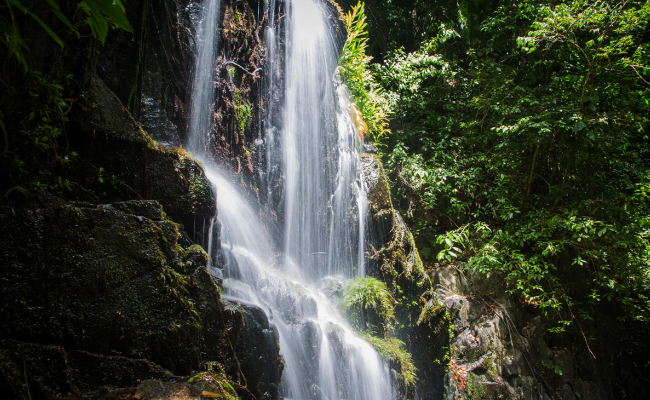