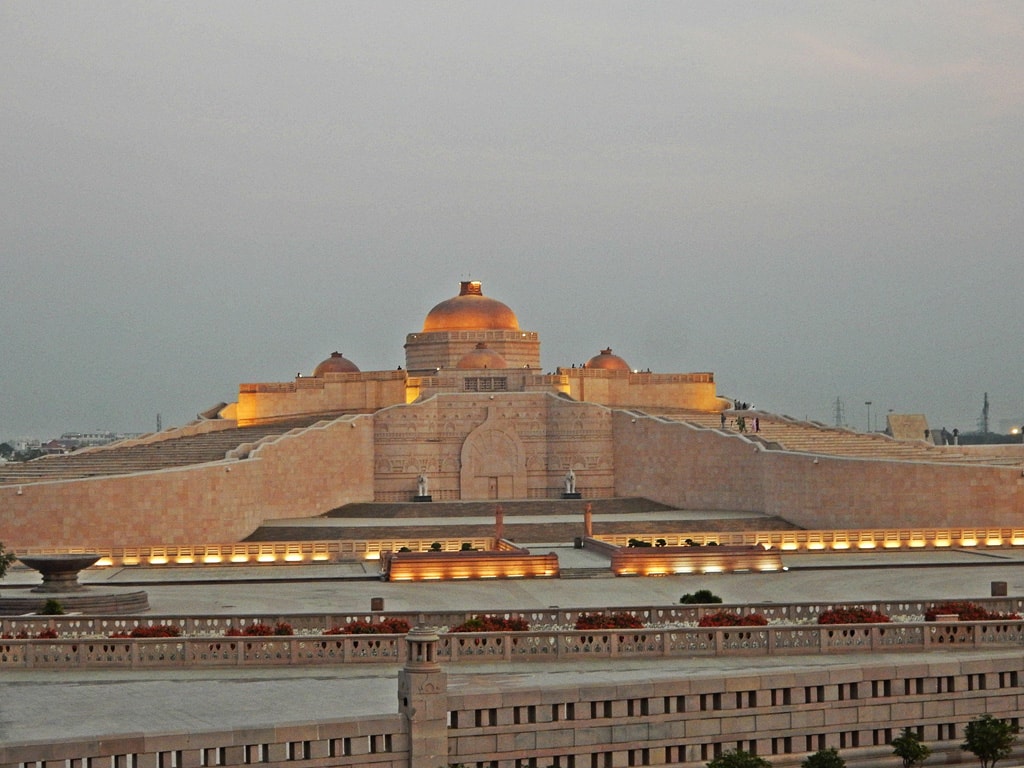 On 13 Feb 2016, I went Lucknow to attend my cousin's reception party. Delhi to Lucknow journey was covered by Lucknow Mail train and early morning I reached Lucknow.

Lucknow railway station building itself is very beautiful. So, I just captured some shots from my mobile phone.

My younger brother Abhishek is also living in Lucknow, so I went to his room and took a rest for few hour. Around 11:00 AM, we went to cousin's home and met with my all family members. The reception party was around 9:00 PM, so I, Abhishek and Jumai Dada (my neighbor from my village) decided to visit Ambedkar Park. Around 4:30 PM, we reached the park. Park entry was paid here, but only 10 Rs. per person. We captured some photos at the entry gate and just entered in the park. Ambedkar Park is formally known as Dr. Bhimrao Ambedkar Samajik Parivartan Prateek. This park is one of the most beautiful parks in Lucknow. Best time to visit the park in the early morning or late evening. The entire memorial is built using red sandstone brought from Rajasthan and it was initially opened to the public on 14 April 2008. If you are in Lucknow, then must enjoy your evening in this stunning memorial. This place is best for relaxation and photography. This complete site is built in modern Buddhist architecture, some part of the park looks like oldest Stupa in Shrawasti. If you are going in winter, then you can spend a whole day here because this place has a lot of locations for photo click. This park is completely made by stones, so avoid this in the daytime in summer. We took around 2-3 hours to visit this park, but I think 4-5 hours are required to visit the complete park and marine drive. Park is well maintained and you can see thousands of local tourists daily. Street food and water is also available on entry gate.

Around 7:30 PM, we returned to cousin's home to attend reception party with a lot of beautifully captured photographs.