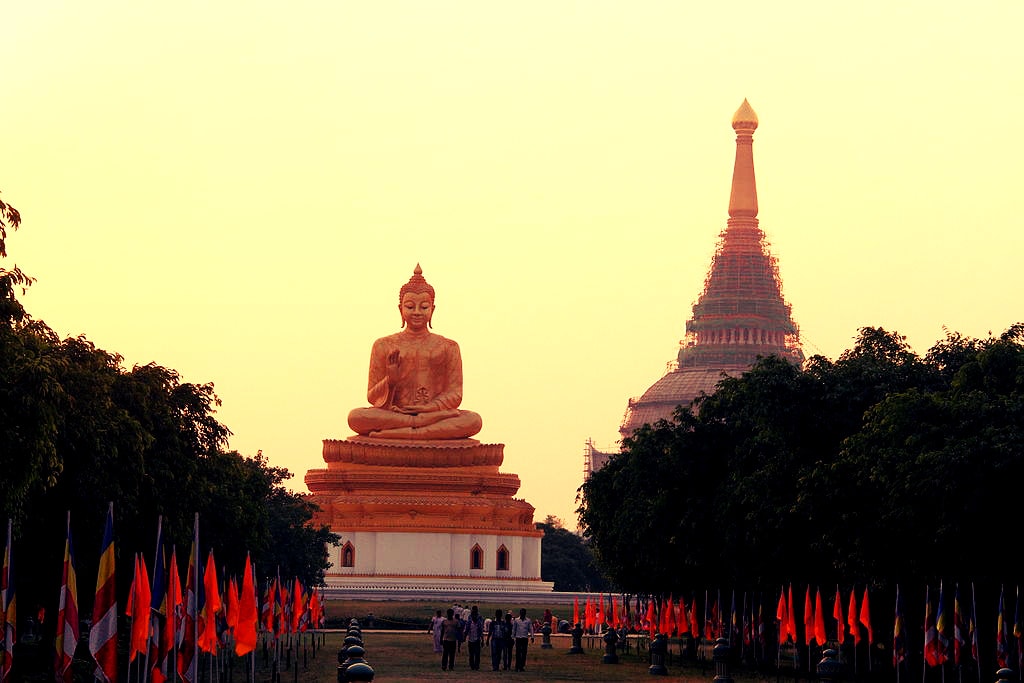 Shravasti is just 55 KM from my hometown Gonda, but this beautiful place was not visited by me. So, this time, we make a plan for a family trip in Raksha Bandhan festival.

We were15 people, so have booked two vehicles for this trip. On 30-August 2015, we left our home around 11:00 AM and first visited Prithvi Nath and Jhali Dham Temple. Both temples are on the way to Shravasti; Prithvi Nath Temple is dedicated to lord Shiva and famous for highest Shivlinga. Jhali Dham Temple was very beautiful and Pound inside the Temple is famous for a lot of big size tortoise. This temple is also famous for Kamdhenu Cow (sacred cow). After visiting both temples, we moved towards the final destination. After half an hour, we reached Shravasti. Shravasti is famous for ruins and temples dedicated to Lord Buddha and Jain Temples. We first visited ruins of Jain Temple and then moved to see ruins of Angulimala Cave (also known as Pakki Kutti) and some other ruins called Kacchi Kutti. This place was lush green due to monsoon season and good for photography. We came with packed lunch, so we had lunch and also enjoyed the taste of Ice-Cream offered by the local street shop. After that, we return to see meditation centre in Shravasti. The Centre was established in June 2003 in the serene surrounding of the historical Jetvana where Lord Buddha stayed for 24 rainy season retreats. The nine-acre meditation centre is situated across the road from the Jetavana Archaeological Park (where Mahabodhi tree is present). The main building of meditation centre was very stunning and peaceful. Centre premises also having a very big statue of Lord Buddha. Another Temple is also developing behind the main Temple. I think after completing the main temple; Shravasti will have the biggest temple of Lord Buddha in India. Ruins of the older temple and meditation centre made Shravasti as a worldwide site, but this place is less famous due to less marketing. Road connecting to the nearby city is also in very bad condition and there was very less facility for tourist. Every year a lot of Buddhist pilgrimages comes from China, Japan, Thailand, and Myanmar and from our country. There were some more temples like Korean Temple, Digambar Jain Temple and some Hindu temples. Another beautiful site is world peace bell placed in the garden on Balrampur road. So after visiting the maximum place, we left Shravasti around 6 PM and reached at home around 7 PM. This was the first tour with my family and this was really awesome.