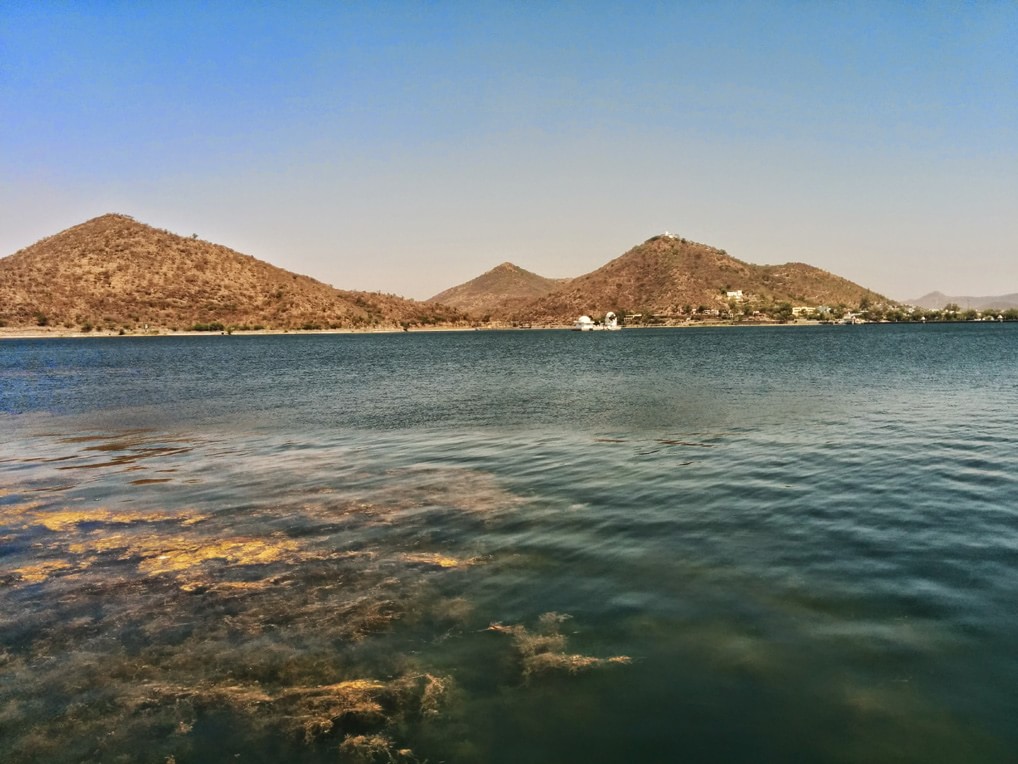 We were four friends including me and decided to meet in Udaipur. I'd booked my tatkal train ticket in 3AC from Indore to Udaipur in Udaipur City Exp. Anoop Singh and Hina Ali come by Bus from Jaipur. One of my friends called Priya was native of Dariba (nearby Udaipur). Priya caught the train from Fatehnagar station, and came to my birth. She was without ticket in 3AC bogie even TT was there, but he had not asked for ticket.

We had already booked rooms in Hotel Amantra, hotel was nearby Fateh Sagar Lake and had good locality. So after checked-in and refreshment, we went to take dinner in Nature Fresh restaurant (it was nearby my hotel). Hina also ordered deserts and said that our friends meet should start with sweetness.

Udaipur, the capital of the former princely state of Mewar is a beautiful city in Rajasthan, India. Udaipur city is also referred to as the "Venice of the East", the "Most Romantic City of India" and the "Kashmir of Rajasthan". Udaipur the “City of Lakes” is one among the most romantic and most beautiful cities of India. The city of Dawn, Udaipur is a lovely land around the azure water lakes, hemmed in by the lush hills of the Aravalis. A vision in white drenched in romance and beauty, Udaipur city of Rajasthan state is a fascinating blend of sights, sounds and experiences - an inspiration for the imagination of the poets, painters and writers. Udaipur's kaleidoscope of fairy-tale palaces, lakes, temples, gardens and narrow lanes strewn with stalls, carry the flavor of heroic past, epitomizing valor and chivalry. Their reflection in the placid waters of the Lake Pichhola is an enticing sight. Via - udaipurplus.com

Next day in the morning, we had breakfast (it was included in hotel package) and then went to Fateh Sagar Lake. Wow, it was superb and must visit place. Water of lake was clean and blue in color which made this place perfect for photography. One island park (Nehru Park) was also located between the lake. What was the lovely view, I can't explain by my words. It's too awesome. Fateh Sagar Lake is the second artificial lake of Udaipur, the first being Jaisamand lake. Located in the north of Lake Pichola, Fateh Sagar Lake lies just besides the entrance to Moti Magri Hill. Built in 1678 by Maharana Jai Singh, Fateh Sagar Lake got its name from Maharana Fateh Singh, who later made additions to it. Talking about the statistics of Fateh Sagar, the lake extends to the length of 2.4 km, 1.6 km. in width and deep to the extent of 11.5 meter. During the monsoons, the lake covers the total area of around 1 sq km via- udaipur.org.uk We hired a boat to visit Nehru Park which was situated in the middle of the lake. Boating in lake was adventures for us. We stayed four hours inside the park and also lie down on the velvet grass. Weather was good that time (actually it was cloudy day), so we enjoyed a lot here. After that, we went to The Celebration mall to enjoy the evening time. Mall building was looked like a palace; this is one of the biggest malls in Udaipur. We watched "Main Tera Hero" movie in the PVR cinemas.

This was really a good get together; actually we focused to pass the time with each other instead of visiting all places in Udaipur. Hotel staff sees off with chocolates cookies and then everyone had returned their source place. I had forgotten my clothes during checkout from hotel. So, hotel receptionist informed me on phone and couriered my clothes on my address. That was really an awesome day in Udaipur. Thanks for reading my experience. 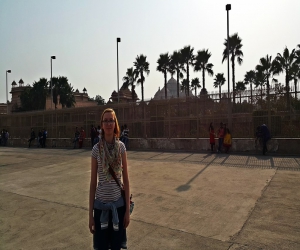