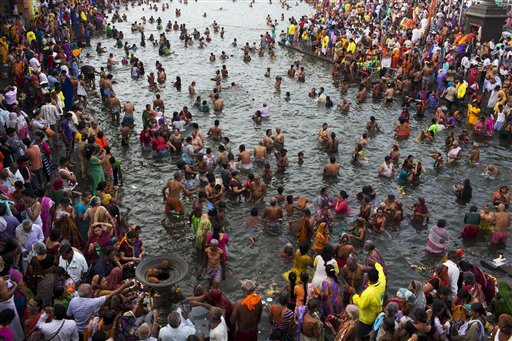 Spirituality and mystical charm have always drawn millions of people from all over the world to India. This land of religion is nurtured by the core value of spirituality and philosophy. Religious fervour is an integral part of the Indian civilisation which is being passed on from generation to generation since time immemorial. In this cultural land religions and rituals play significant role in human life which become a part of individuals since childhood.

Cultural temperament of India has nurtured and epitomised the genesis of some world's prominent religion like Hinduism, Buddhism Jainism, Sikhism, Islam and Zoroastrianism. Grand and eclectic celebration of religious spirit attracts millions of people from various parts of the globe. Out of the several religious festivals the Kumbh Mela is the most grandiose one. This is the century old celebration that showcases the glimpses of Indian religious heritage.

The Kumbh Mela is a mass Hindu pilgrimage and the largest religious gathering of the world. This sacred Hindu pilgrimage held four times in every twelve years rotates among four different sacred places. The auspicious locations of this religious mega event are Prayag (Allahabad) at the confluence of the Ganga, Yamuna and the mythical Saraswati river, Haridwar along the Ganga river, Nashik along the Godavari river and in Ujjain along the bank of Kshipra river.

In several Hindu mythology the importance of this celebration is discussed which makes it more significant for religious as well as spiritual followers. According to Hindu scriptures it is believed that taking a dip in the holy river during this celebration removes all past sins and evils from an individual's life. The Indian Astrology and the Vedic Calendar marks the Kumbh as the auspicious festival as sun moves through the winter solstice from the Tropic of Cancer to the Tropic of Capricorn. Another religious belief quotes that the alignment of Sun, Moon and Jupiter on this day casts special healing powers to these holy rivers that cleanse one's sins and prepares one for Moksha.

The zodiacal position of the Sun, Moon and Jupiter decides the venue of the Kumbh Mela. This time Haridwar is the place that fulfils these astronomical criteria and has been selected as the venue for this religious celebration. Kumbh Mela 2010 in Haridwar is the name designated to this religious celebration which is supposed to be attended by millions of devotees across the world as well as from India.
The holy land of Haridwar is one of the prominent Shaktipeeths and is among the seven holiest cities of India which is situated on the banks of the sacred river Ganga. This place is located in the Uttrakahand state meaning Dwar of Hari or Gateway to God, which is dedicated to the Lord Shiva and the Lord Vishnu.

Loud chant of mantras, high tone of conch shells, hymns and continuous prayers already envelops Haridwar which makes it an enchanting destination to visit. The surplus beauty of this mystic atmosphere is heightened by the presence of akhadas, naga sadhus, saints, religious teachers, and the philosophy preachers.

India is a land of diverse juxtaposition where each and every part has its own unique beauty and charm. Out of the various physical divisions the northern part of India is known for its Himalayas beauty, rich wildlife, historic monuments, various religion, diverse culture and colourful religious celebration. Kumbh mela festival is among the most auspicious religious ceremony of Incredible North India. 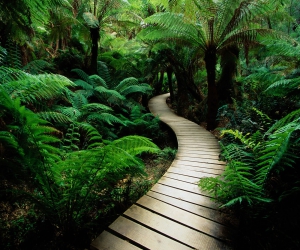 Ranthambore Fort is a ...