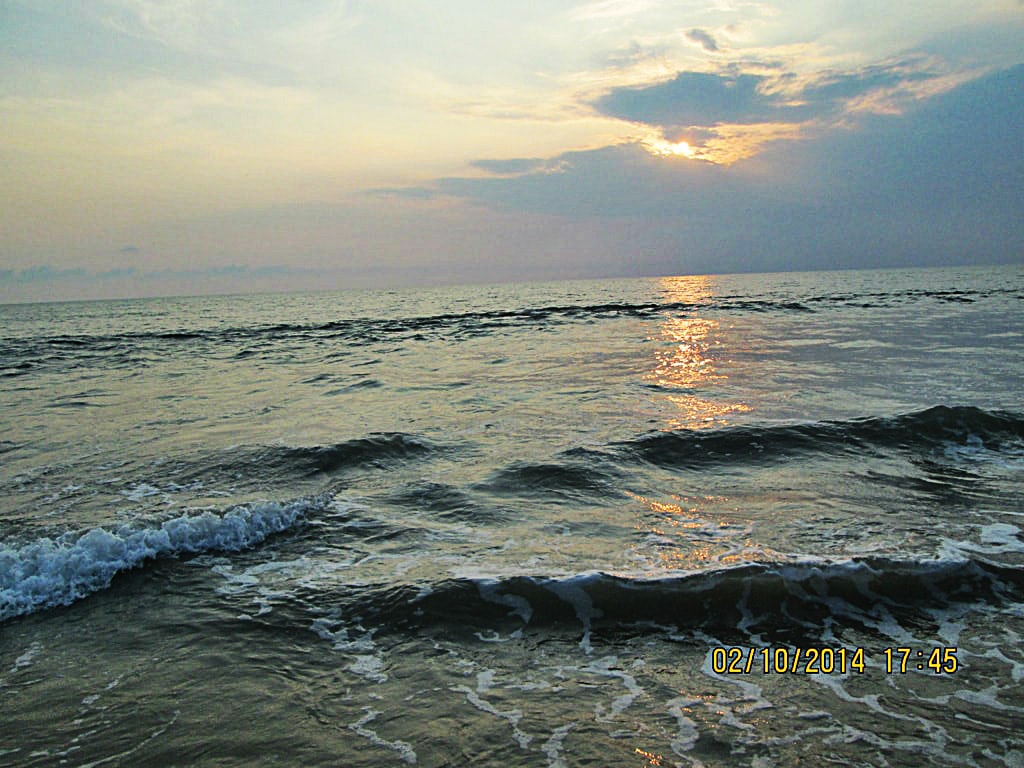 This is my first story and ready with the memory of Goa trip which we have traveled in September 2014. We were four people I (Mudit), My wife Shweta and my friends Rupesh & Sonika. We have done advance booking of train and hotel. During my six days, we stayed at The Orange House (Anjuna beach area) and Amigo Plaza (Colva area).

Due to the long train journey, we started our first day late. Around 1:00 PM, I and Rupesh went straight away for the bunch of beer and filled our refrigerator. We were there for the beaches and a lot of fun. This was our first visit to the beach, so we were very excited for this. Vagator beach was just 5 KM from Anjuna area, so we first go there. When we reached there, then that was wow moment for us. First time, I have seen such a glorious sight of a beach in my life where water and sky have no difference. Really, it was the wonderful experience; I was standing just in the front of a never ending sea to enjoy the beauty of nature. The waves of the sea were not too large as compare to the other beaches that we have seen later. The small hills just stop the waves and made this place most beautiful attraction. This is our first beach, so we are little conscious of our dressing sense (as we don't know which type of crowd we were going to face). After spending 2-3 hours on this beach, we moved towards another beach called Anjuna beach. This beach was also nearby from my hotel and we reached here in the evening around 5:00 PM. We have seen the sunset here and captured a lot of photographs. Seaside sunset was a really nice experience, but this beach was just okay or you can say the worst one in our 10 visited beaches. We already know that tomorrow will be a big day for us, so we reached hotel early and slept early. We have started the second-day journey in the early morning with heavy breakfast. Today, we first went Mandrem beach which was located 30 KM from my hotel. This beach was clean and waves was huge in compare to last visited beaches. This beach is known for its silence (less crowded) and there was really only a few people. So this place was idle for relaxation. This beach is famous for white sand beach among with only a few beaches in Goa which have white sand. There was a delta corner too, so it was looking like beach same in “Kaho Na Pyaar Hai” song (you just have to add one flag there, just kidding). After spending three hours, we had lunch and moved to Arambol beach. In between, I have forgotten my wallet somewhere which I later came to know at the end of the day.

Arambol beach was not too far from Mandrem beach, but the road was very good as it was surrounded by the lass green hills. After reaching there, we have seen a bunch of crowd (which we have not expected according to TripAdvisor review). We have spent remaining day here, and enjoyed sunset with beer. Rain was started at the time of return and weather became amazing. It was really fun while riding in the rain between

Thanks for the person who found my purse and called me. I was happy to found my purse with all money and cards, but this taken two hour in the morning. So, after coming from that person place, we started our journey with Calangute beach. We sit on the bench in front of sea and enjoyed beer. The rain was started after some time, so we went to a restaurant and had a taste of some snacks. Calangute beach and Baga beach are connected to each other. So, we walked to Baga beach when rain passed away. There was a lot of restaurants where you can enjoy seafood, but the beach was not clean due to over crowded people. Today was Rupesh birthday, so we have stayed at Baga beach till late night. We have celebrated the birthday with cake and beer at the beach (just near the point where waves end). Time was around 2:00 AM and we were fully drunk; quite amazed when we reached the hotel by scooty. Thanks go to airtel 3G network and GPS. Today, we have checked out from the hotel because we have booked our next two days hotel near Colva beach. We hired a cab for the same and reached hotel afternoon; we have spent our evening at Colva beach. This beach was quite well maintained and cleaned. The coconut tree near the beach was making this place idle for photography. We have again hired two scooty for sight seen in south Goa. South Goa has most beautiful beaches and resort. We have started our day by visiting Milsim, but after reaching there we realized that this place was good for group of at least eight people to enjoy the paint ball. We have also visited the famous Colva Church which was on the way to Milsim; this place was good and peaceful. After that, we went to south Goa and enjoyed the road journey. South Goa was around 50 KM from Milsim and we reached around 3:00 PM in the evening. We first visited Palolem beach and then Agonda beach. If you are going with friends, then Palolem beach is perfect place for you. This beach was having good foreign crowd. You can also enjoy boating there, but we skip this because we were getting late for next beach. Agonda beach is one of most beautiful beach and famous for sunset We have reached Agonda beach just before sunset time. This beach was silent in nature; you can just lay down on the sand and enjoy the most amazing sunset. The sun was quite big and setting down in the sea. This beach was nothing to do type, you just need to admire the beauty of nature. After sunset, we left the beach, and reached hotel around 10:00 PM (Goa road is safe as compare to north India). Tonight in the hotel, I & Shweta just wear the mask and knocked Rupesh room and sit down silently near the door. Rupesh was shocked after opening the door and taken a lot of time to recover from the scene (this was a really curious episode of Goa trip). This day was small because the train was at 4:00 PM so again went Colva beach. We have seen that water rides were started, so we have rapidly taken all the rides and returned to the hotel. After checked out, we moved towards Madgaon railway station and boarded a train for Delhi. Thease are some photos of our rides: