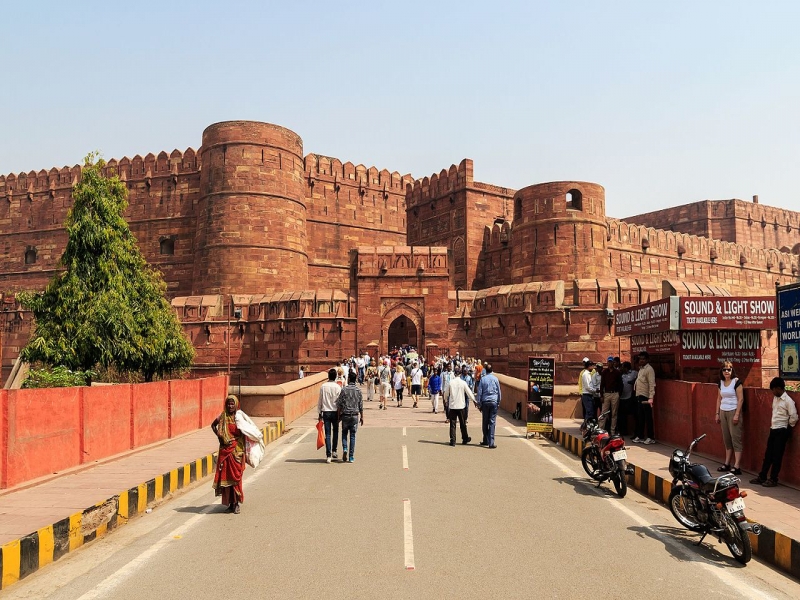 Agra Fort (UNESCO World Heritage site) is a historical fort in the Agra city in India. It was the main residence of the emperors of the Mughal Dynasty until 1638, when the capital was shifted from Agra to Delhi.  It is about 2.5 km northwest of its more famous sister monument, the Taj Mahal.

Fort has a semicircular plan in 94-acre, with seventy feet high walls river parallel chord. It's four side have four gates & one of them opening on to the river. "Delhi Gate" & "Lahore Gate" are most popular gate of the fort. The Lahore Gate is also known as the "Amar Singh Gate". Because the Indian army using the northern portion of the Agra Fort, the Delhi Gate cannot be used by the public.