Group of Monuments at Hampi 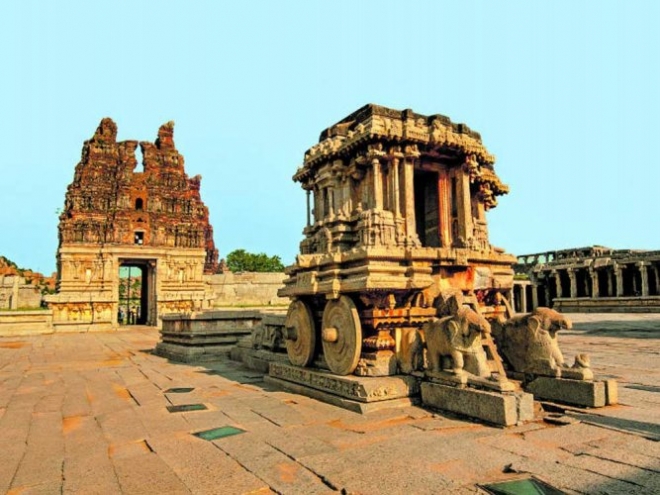 The Group of Monuments at Hampi comprise a sombre but ostentatious Hampi town, on the banks of the river Tungabhadra in Karnataka. Hampi subsumes the ruins of Vijayanagara, which was the former capital of the powerful Vijayanagara Empire. Dravidian temples and palaces abound in Hampi. These won the admiration of travellers between the 14th and 16th centuries. Hampi, as an important Hindu and Jain religious centre, has the Virupaksha Temple (different from Pattadakal's Virupaksha Temple) and several other monuments, which are part of the cultural heritage site inscribed under category (i), (iii) and (iv) in the UNESCO World Heritage List.

Been to Group of Monuments at Hampi ? Share your experiences!