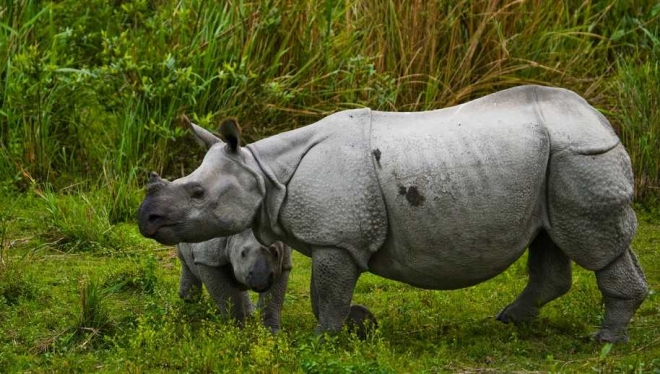 Manas National Park or Manas Wildlife Sanctuary is a national park, UNESCO Natural World Heritage site, a Project Tiger reserve, an elephant reserve and a biosphere reserve in Assam, India. Located in the Himalayan foothills, it is contiguous with the Royal Manas National Park in Bhutan. The park is known for its rare and endangered endemic wildlife such as the Assam roofed turtle, hispid hare, golden langur and pygmy hog. Manas is famous for its population of the wild water buffalo.

The name of the park is originated from the Manas River, which is named after the serpent goddess Manasa. The Manas river is a major tributary of Brahmaputra River, which passes through the heart of the national park.

The park is divided into three ranges. The western range is based at Panbari, the central at Bansbari near Barpeta Road, and the eastern at Bhuiyapara near Pathsala. The ranges are not well connected; while two major rivers need to be forded in going from the centre to the Panbari, there is a rough trail (the daimAri road) connecting the central to the eastern range. Most visitors come to Bansbari and then spend some time inside the forest at Mathanguri on the Manas river at the Bhutan border.

Place people like to go after Manas National Parks