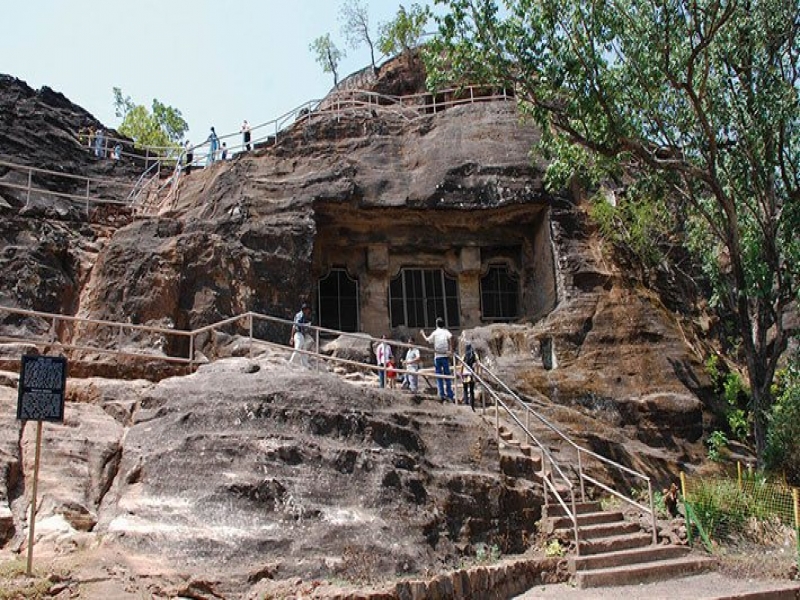 Pachmarhi, also known as Satpura ki Rani, is a hill station in the central Indian state of Madhya Pradesh. Its many waterfalls include Apsara Vihar, with its calm pool, and soaring, single-drop Silver Fall nearby. The Bee Fall tumbles over a jagged rock face to the northwest. Leopards and Indian bison live in Satpura National Park. The ancient Pandav Caves are a group of 5 dwellings cut out of sandstone on a hill.

The name Pachmari is believed to be derived from the Hindi words Panch ("five") and Marhi ("caves"). According to a legend, these caves were built by five Pandava brothers of Mahabharatha era during their thirteen years of exile. The caves are situated on a hilltop and provide an excellent vantage point.

At the time of the British arrival, the Pachmarhi region came under the kingdom of the Gond king Bhawut Singh, although it was not a populated village or town at that time. Captain James Forsyth of the British Army along with Subhedar Major Nathoo Ramji Powar who was later made the Kotwal (In charge of the armoury (Koth)of Pachmarhi, spotted the plateau in the Pachmarhi region in 1857, while leading his troops on the way to Jhansi. It quickly developed into hill station and sanatorium for British troops in the Central Provinces of India.

The population in 1901 was 3,020, rising to double that number in the hot summer months. Pachmarhi also served as the summer capital for the Central Provinces.

In and Around Pachmarhi

Pachmarhi is a popular tourist retreat. Tourists visit Pachmarhi throughout the year. There are lots of hotels mostly situated near the market. Only a few cottages and resort and mp tourism hotels are situated in the peaceful location of Pachmarhi 2 or 3 km away from the bus stand.

Pachmarhi has a lot of cave paintings in the forests, some of which have been estimated to be as much as 10,000 years old. Shown in the picture is the garden at the base of a tourist attraction called Pandava Caves. The caves are Buddhist in origin but the name persists. The place has rich timber reserves including teak, but being a part of a reserve no new construction or felling of trees is allowed. Having a rich and rare flora as well as fauna, Pachmarhi needs central and state government approval for any new construction outside the town area.