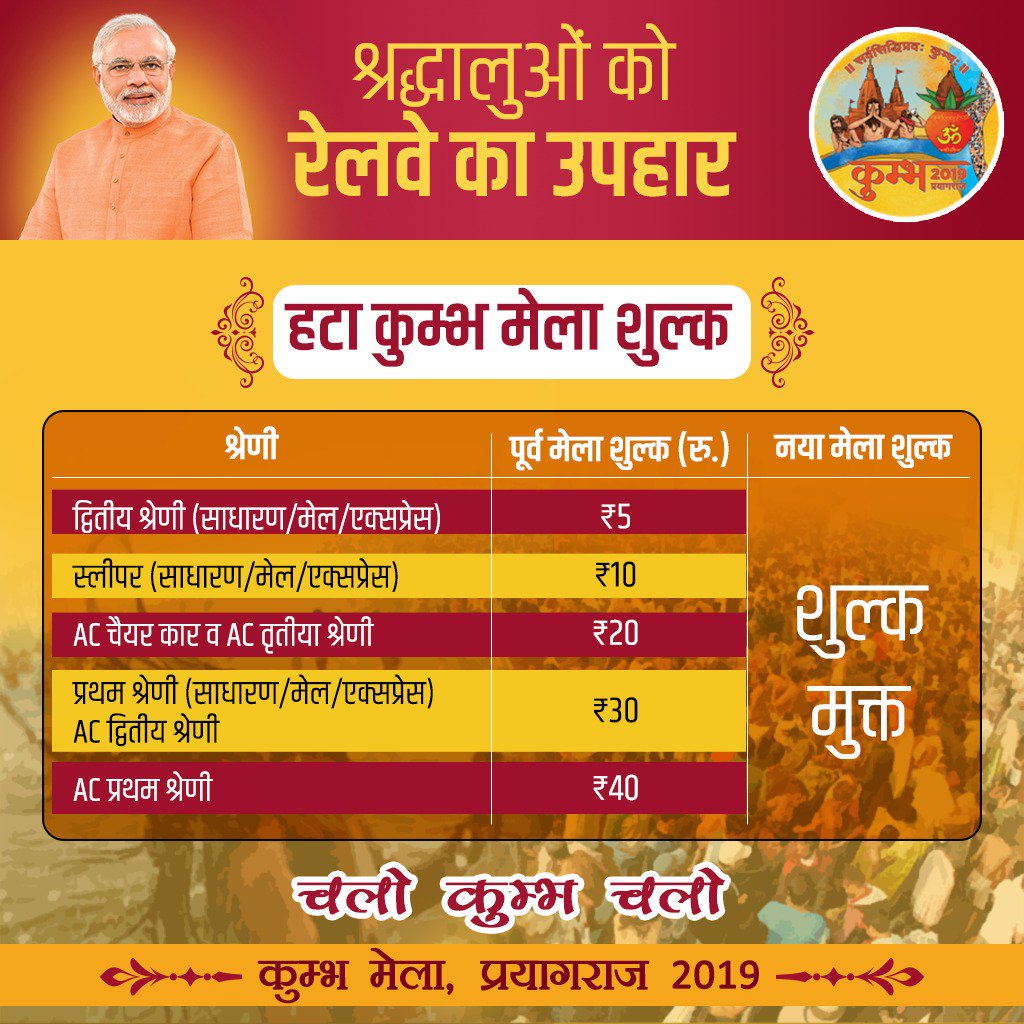 Indian Railways alert! With just a few days left for 2018 year end to dawn on us all, excitement has filled the hearts of residents of Uttar Pradesh as they prepare for the spectacular Prayagraj Ardh Kumbh Mela, 2019. However, it is not just Uttar Pradesh residents who participate in this maginificent event, in fact, tourists and citizens from across the country travel there to enjoy this festival. This upcoming Ardh Kumbh Mela will be held at Triveni Sangam in Prayagraj, Uttar Pradesh, from January to March 2019. Guess what! To make journey even more exciting and amazing the Indian Railways has announced new fares for trains, offering tickets as cheap as Rs 5!

Railway Minister Piyush Goyal said, "In view of the religious beliefs of pilgrims and for promoting tourism, the central government has decided to abolish the fair surcharge being imposed by the Railways, which will provide relief to the passengers being brought in the Aquarius and all such fairs."

Claiming that the Indian Railways is preparing for the Kumbh Mela 2019 “in earnest”, North Central Railway (NCR) General Manager Rajeev Choudhury, while briefing media here, said, “The preparations being made by NCR, Northern Railway (NR) and North East Railway (NER) to effectively handle the pilgrims rush and to ensure their comfort, safety and security, reported by The Tribune.

Reportedly, the official informed that the Railways has “commissioned 41 projects at a cost of Rs 700 crore for the Kumbh Mela that will begin in Allahabad from January next year"

On Kumbh Mela 2019 website, Yogi Adityanath Chief Minister, Uttar Pradesh said, "Kumbh is a symbol of peace and harmony amongst all human beings. The Kumbh Mela has been inscribed on the list of “Intangible Cultural Heritage of Humanity” by UNESCO in 2017."

Adityanath adds, "This reflects the significance of Kumbh worldwide. Kumbh at Prayag encapsulates the science of astronomy, astrology, spirituality, ritualistic traditions, social and cultural customs and practices making it extremely rich in knowledge."

So, if you are planning to travel to Kumbh Mela early next year, then you might want to have a look at Indian Railways train fares. Remember, considering the millions of people who attend the event, only a limited number of tickets are there. Surely, you just don't want to miss this train! 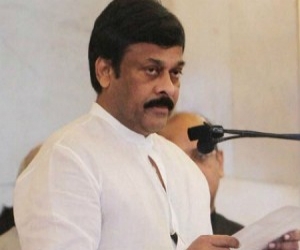 The Ministry of Tourism (MoT) held a National Tourism Conference with ... 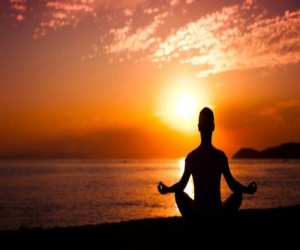 International Day of Yoga, or commonly and unofficially referred to as Yoga Day, is celebrated ...