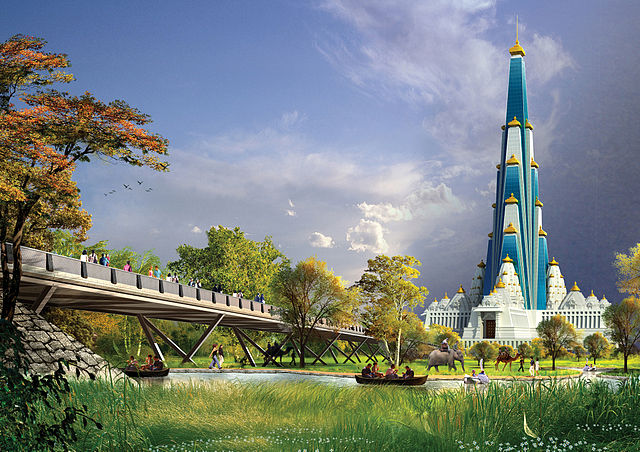 Vrindavan Chandrodaya Mandir is an under-construction temple at Vrindavan, Mathura, India. As planned, it will be the tallest religious monument in the world. At its potential cost of Rs 300 crores, it is likely to be one of the most expensive temples in the world. The temple has been planned by ISKCON Bangalore. The planned effort includes the temple rising to a height of about 700 feet (213 meters or 70 floors) and a built-up area of 540,000 sq. ft. (~50,000 sq. m.) The project is set in 62 acres of land and includes 12 acres for parking and a helipad. 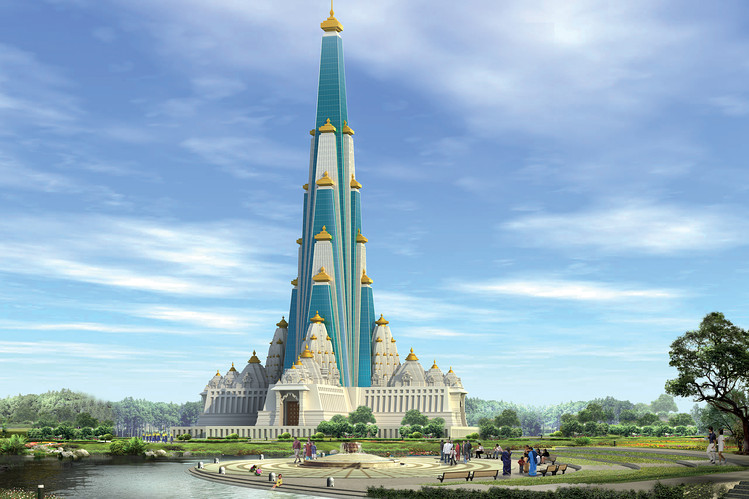 Viraat Ramayan Mandir is an upcoming Hindu temple complex in Kesaria, Bihar, India, with an estimated budget of ?500 crores. When completed, it will be the largest religious monument in the world. The Virat Ramayan Mandir will be almost double the height of the world-famous 12th century Angkor Wat temple complex in Cambodia, which is 215 feet high. The temple will have a hall with a seating capacity of 20,000 people. The construction of the temple is scheduled to start in June 2015 but has since been delayed following the Cambodia government's protest to the government of India. 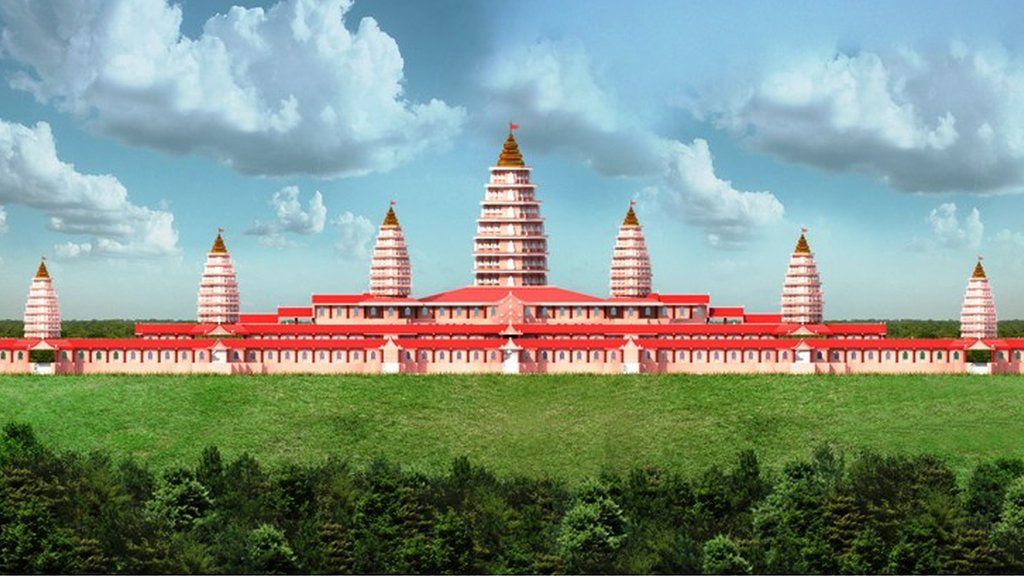 Sri Lakshmi Narasimha Temple or simply known as Yadadri or Yadagirigutta temple is a Hindu temple situated on a hillock in Yadagirigutta of Yadadri Bhuvanagiri district of the Indian state of Telangana. The temple is an abode of Narasimha, an incarnation of Lord Vishnu. A new temple is being built at the old temple site. The temple was renamed as Yadadri by Vaishnavaite ascetic Chinna Jeeyar Swamy, who is overseeing and guiding every aspect of the new temple. For use until the new temple is completed, a temporary temple, Balalayam, was built. 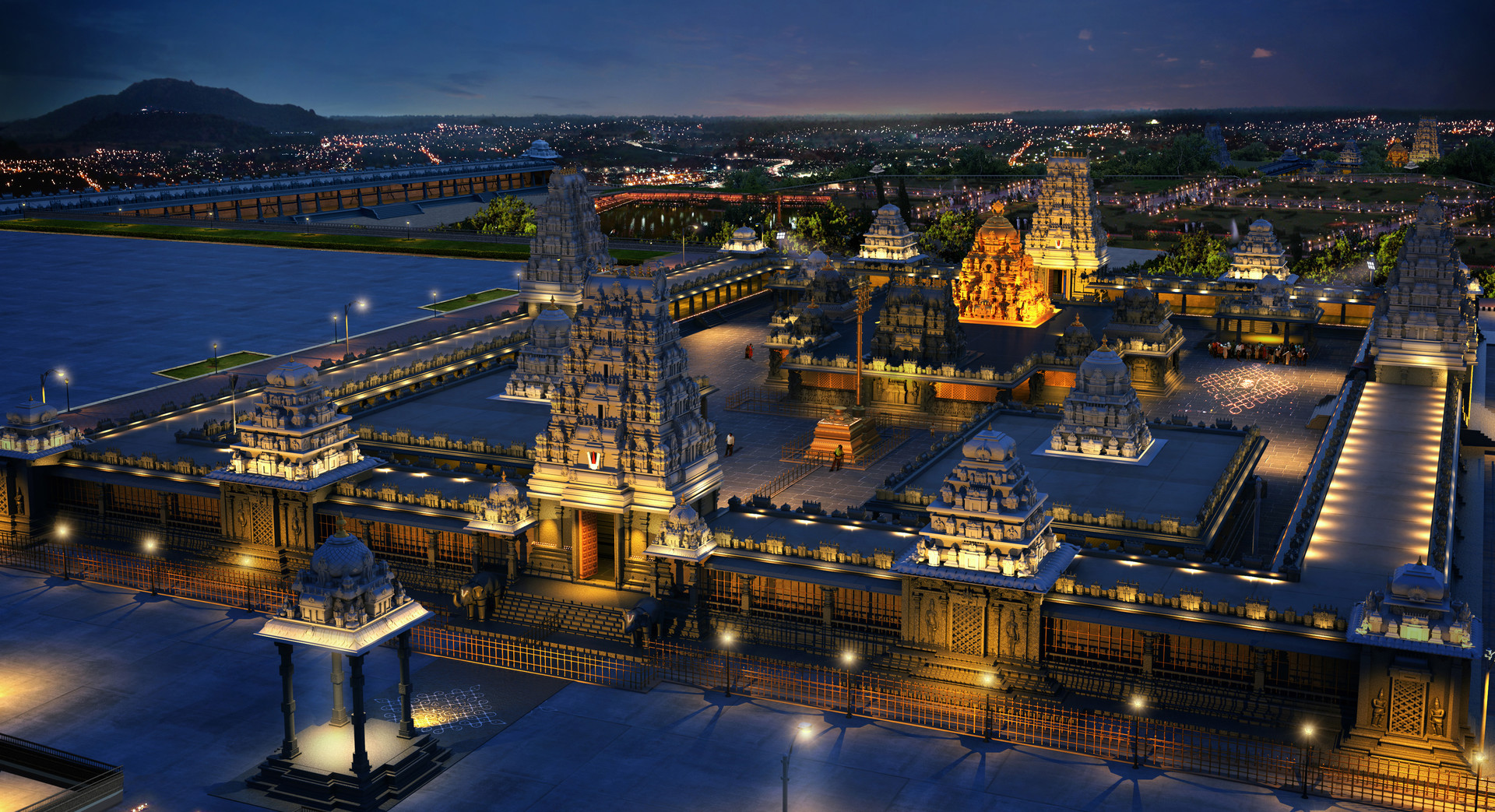 OM Ashram is part of Om Vishwa Deep Gurukul Swami Maheshwarananda Ashram Education & Research Centre, Jadan in district Pali of Indian state Rajasthan. The central building of this large complex is constructed in the shape of the ancient Sanskrit symbol OM. Situated in an area of 250 acres, this central monument will be the largest man-made symbol of OM in the world. The 108 compartments of residential units that are to form this impressive OM shape, attract tremendous cosmic energy. These units are symbolic of the 108 beads of the Japa Mala. A lake will represent the crescent Moon of the OM symbol. Its point, known as Bindu, will be constructed like a tower, 108 feet in height, with 12 temples. At 90 feet, there will be a large overhead water tank and above this, a Surya temple dedicated to the Lord of the Sun.

Mayapur is said to be the birthplace of Chaitanya Mahaprabhu. The headquarters of ISKCON is situated in Mayapur. Now a big and beautiful temple is coming at the birthplace of Chaitanya Mahaprabhu. A 350-feet high temple and sprawling over six lac square foot area in West Bengal's Mayapur. The temple would be unique as it would not only house the planetarium that would speak the secret of Vedas but it would have a hall on the 1.5-acre area where 10,000 devotees can pay their obeisance at a time. The Temple of Vedic Planetarium will also describe all the physical details of the Universe and their relationship with God. "It would encourage a sense of wonder in the creation and in the hand behind it," he said, adding that the temple would be completed by 2022. 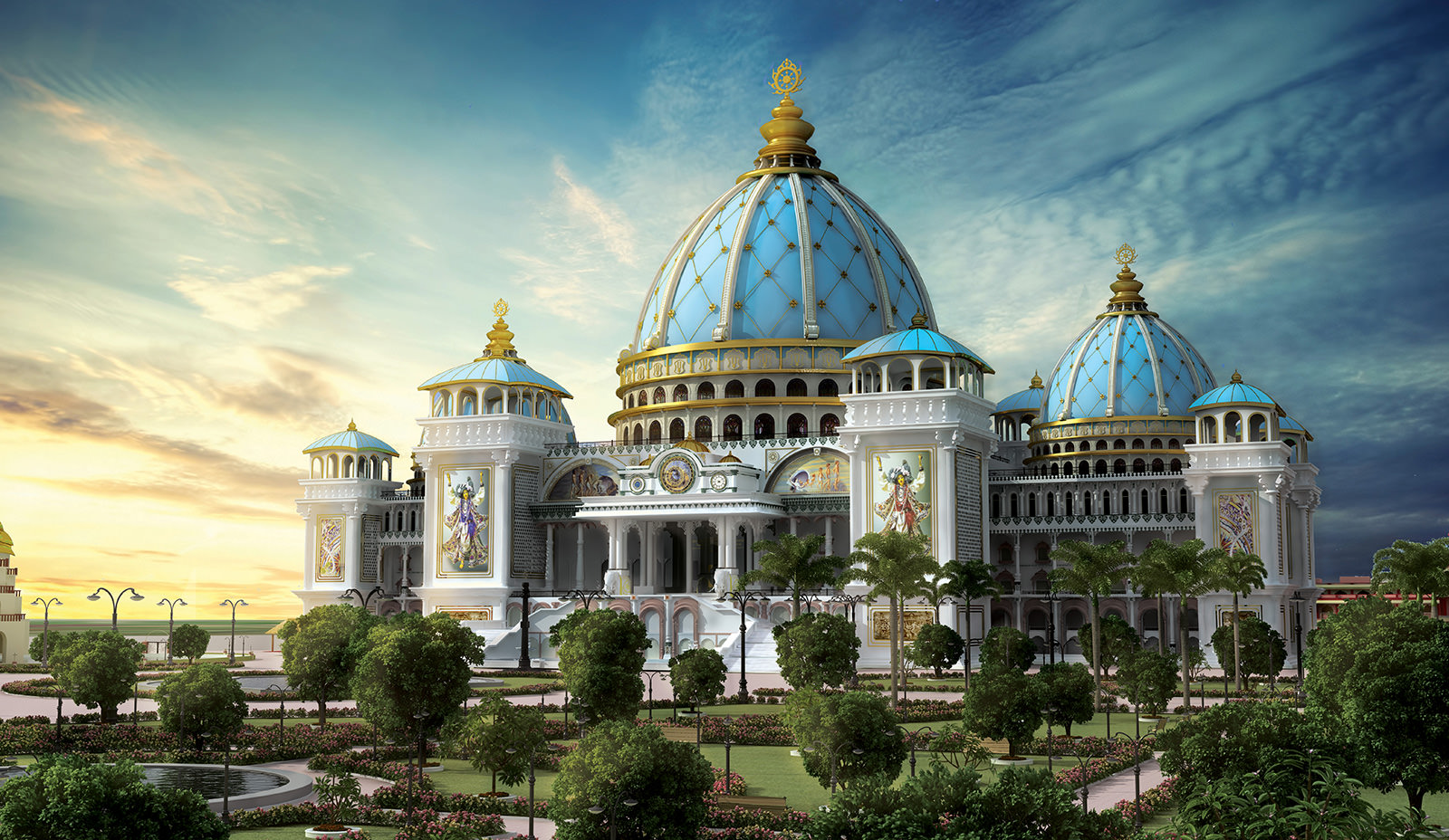 The world's tallest statue of Lord Shiva, the fourth tallest statue in the world, in Nathdwara, Rajasthan, is just a few months away from completion. The 351-foot statue at Ganesh Tekri, 50 km drive from Udaipur, would be ready by August, said Prakash Purohit, an official from the Miraj Group that is working on the project. Around 750 workers have been working on the construction of the statue, started in 2012. Over 2,500 tonnes of refined steel will be used in the construction. Glazed with high-quality copper, the 110-foot high pedestal is being constructed using pure zinc. On completion of construction, three different galleries will be built at three levels -- 20 feet, 110 feet and 270 feet. The area stretching to around 300 square feet around the statue will be beautified with a sprawling lush green garden. 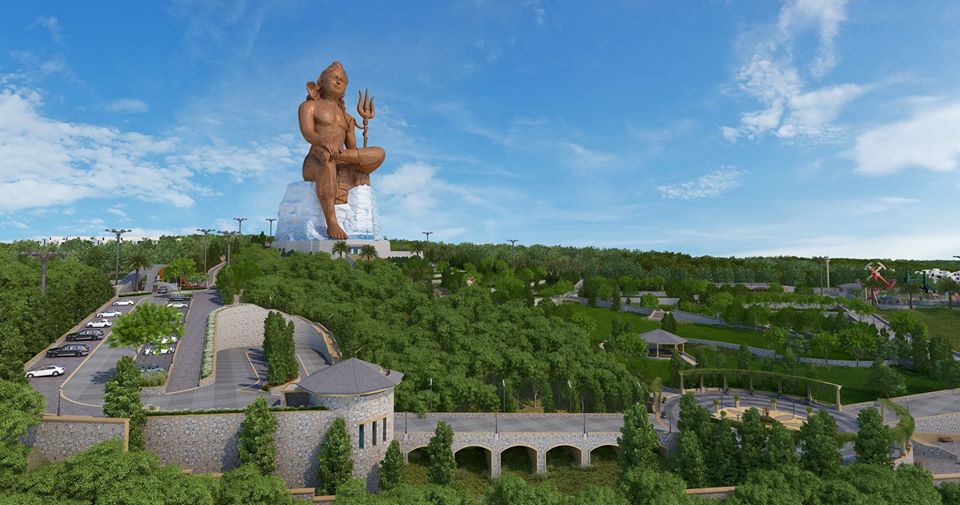 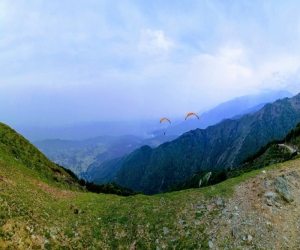